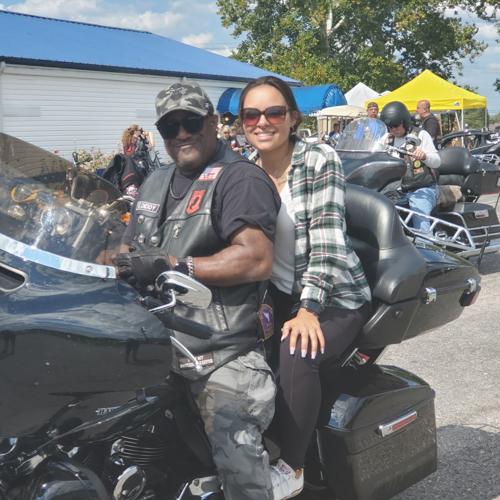 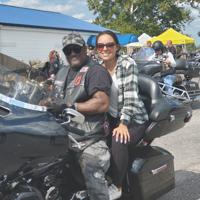 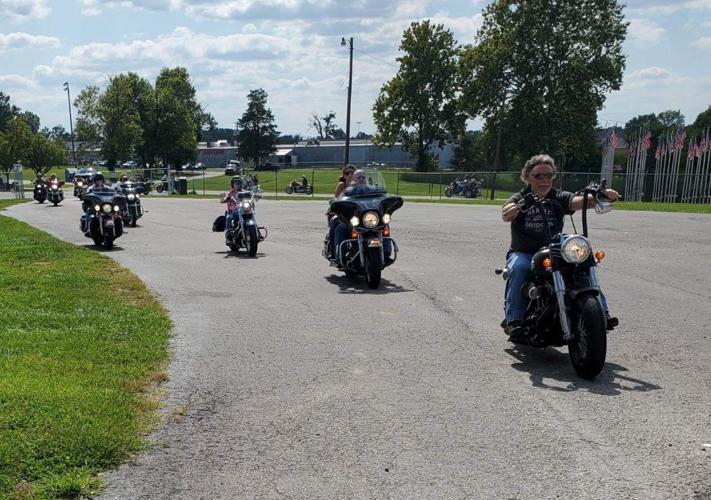 Bikers from across the area pull out for the annual Healing Field ride. 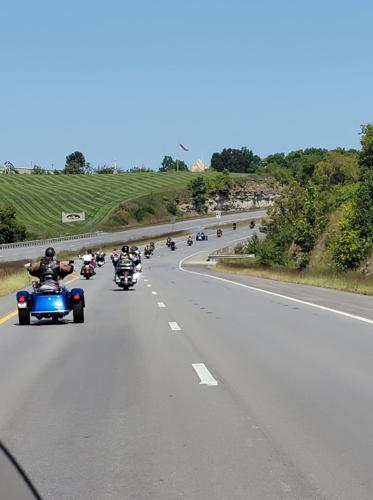 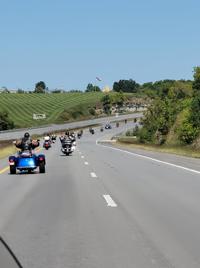 Cyclers flooded Highway 127 on Saturday for a good cause.

Bikers from across the area pull out for the annual Healing Field ride.

Cyclers flooded Highway 127 on Saturday for a good cause.

“Just to get the local community involved and get them to donate is tremendous,” said Bill Sloan.

Bikers from across Kentucky took part in the Healing Field Memorial Ride, an annual event put on by American Legion Post 34 and the Sentinels Veterans Club. It is a memorial motorcycle ride that raises money for the maintenance of the Healing Field and the support of Veterans Projects. The cost of the event was $15 per rider and $5 per extra rider. Among the leaders of the event were Joel “Roadblock” Corbin, Bill Sloan, Josh Turner, Chris “Doc” Disponett, and Kelly Shehan.

Registration for the event began at 10 in the morning, and the ride began at noon. A patriotic spirit surrounded the event with the memorial’s flags flying in the background as the riders started their engines and put up their kickstands. This year’s ride drew 67 riders, a bit of a drop from last year’s 112 riders, but Sloan explained that there were a lot of veterans and service events going on this past weekend.

The riders got back to the American Legion Post around 3 in the afternoon and were invited to stay for a cookout and auction. There was a live auction and a silent auction selling items such as bourbon in collector bottles, a wooden porch swing, cigars, and a wooden POW/MIA flag among other things. Various merchandise was also sold for the benefit, including artwork depicting men and women in the service.

All proceeds from the event went to the maintenance of the memorial and to the support of Veterans Projects.

The “Healing Field” of Lawrenceburg is a tribute to Kentucky’s service men and women who have given their lives in the War on Terror since the “War on Terror” Declaration was signed by President Bush, and the Healing Field Memorial Ride that was held on Saturday helped to continue the legacy of this memorial.

Despite the dip from last year, the event still received support from the local community, and 67 riders came out to enjoy the ride, door prizes, 50/50 drawing, free T-shirts, cookout, live and silent auction, and various merchandise as well as to show their support.

The Healing Field Memorial of Lawrenceburg is actually the only permanent Healing Field in the nation, and in 2006, the Department of Kentucky American Legion Auxiliary chose Lawrenceburg as the location. There are currently 120 flag poles, each representing one fallen Kentucky hero. There is also a black marble marker beside each flag with the hero’s rank, name, branch of service, and home of record engraved on it.

The Field is reliant on donations of time and money by volunteers, and this year’s memorial ride drew 67 local riders to raise money to help continue the legacy of this special place.