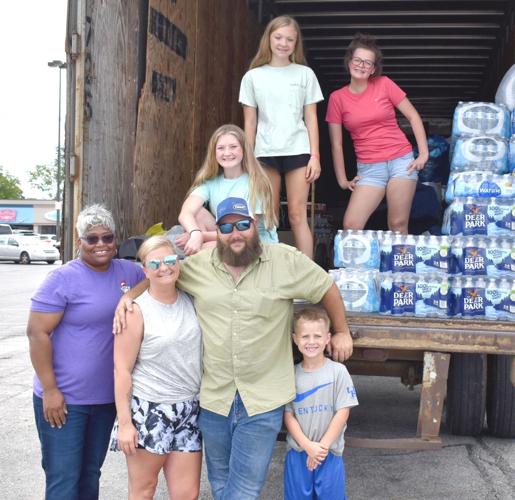 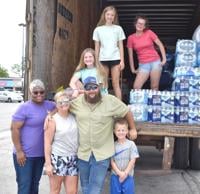 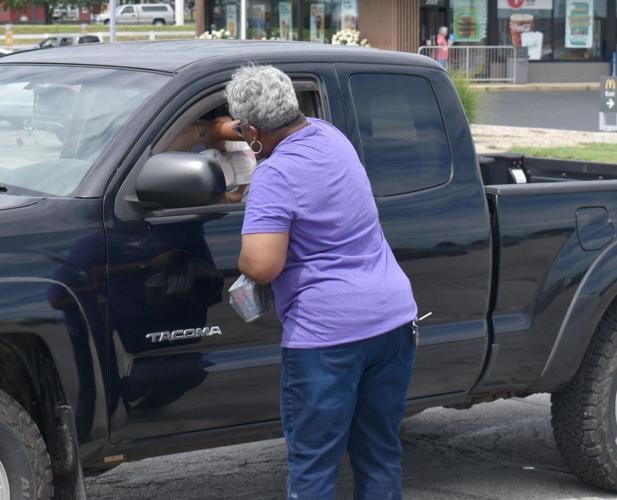 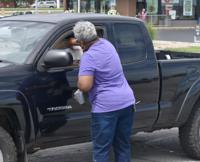 Cassaundra Cooper makes it easy for people to donate items, with people driving up and donating without even leaving their vehicle. 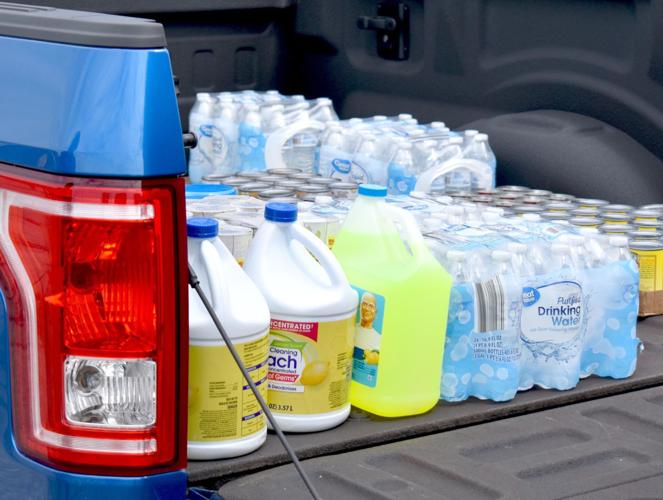 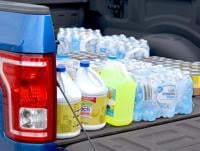 Dicky Stumbo and Jay Mullins back up their truck and let down their tailgate to reveal a truck bed filled with supplies.

Cassaundra Cooper makes it easy for people to donate items, with people driving up and donating without even leaving their vehicle.

Dicky Stumbo and Jay Mullins back up their truck and let down their tailgate to reveal a truck bed filled with supplies.

Last week saw historic flooding in parts of southeastern Kentucky that left several dead, dozens missing, and thousands displaced. Many across Anderson County were left wondering, ‘What do we do?’ That’s when Travis Curtsinger, along fiancé Savannah Wise and Cassaundra Cooper, stepped in.

“They don’t have anything,” Curtsinger said. “They literally have lost everything, and they didn’t have much to start with.”

Southeastern Kentucky is home to some of the most impoverished counties in the nation. Several in the area were already living in difficult circumstances; the floods only exacerbated the situation.

In correspondence with the fire chief in Jackson County, Curtsinger heard about the dire conditions of the area.

“They don’t even have enough bottled water. The water treatment plants themselves are underwater,” Curtsinger said. Without donations, many in the area fear more loss of life.

Curtsinger works with Morris Trucking out of Harrodsburg. They graciously offered up a 53-foot van trailer to load supplies and send to southeastern Kentucky.

For Curtsinger and his family, the inspiration behind the coordinated efforts is simple. “There’s enough meanness in the world. We need more kindness. We want to help as many people as we can,” he said.

Those especially touched by the tragedy have been Anderson County residents from the affected communities. Dicky Stumbo and Jay Mullins are two such people. Stumbo is from Floyd County, and Mullins from Pike. They did not hesitate to step in for those back home.

“I heard from a friend that there was a collection. We know how bad it is, and wanted to help,” Stumbo said. He and Mullins loaded a truck bed full of bottled water and other supplies, dropping them off to do their part. Not only that, but they plan on bringing more.

Curtsinger also is personally affected by the flooding. “I spend time out there driving trucks,” he said.

Curtsinger, Mullins and Stumbo are just a few examples of the countless that have extended generosity in the wake of tragedy.

The response has been overwhelming. “Several people have seen what we’re doing and bringing out carts from Dollar General with donations,” Cassaundra Cooper said.

Businesses have also extended help in various ways. Tractor Supply and Dollar General volunteer a portion of their parking lot along with other businesses in the West Park Shopping Center. Walmart will be doing the same later in the week, as well as providing donations of their own.

“Walmart gave us a pallet of bottled water,” Cooper said. “Thanks to the Lawrenceburg Police Department, the water was transported to us.”

Other business and locals have the opportunity to get in on the donations until transport to southeastern Kentucky on Saturday morning.

In regards to what is needed, the short answer is everything. Immediate needs include bottled water, cots, blankets, clothing, diapers, and nonperishable food items.

“All donations are welcomed,” Curtsinger said.

Drop-offs will be collected for the next few days for those that would like to help. The trailer will be located in the Walmart parking lot tomorrow (8/4) from 8 a.m. to 5 p.m., and downtown for Food Truck Friday from 11 a.m. until the concert that evening.