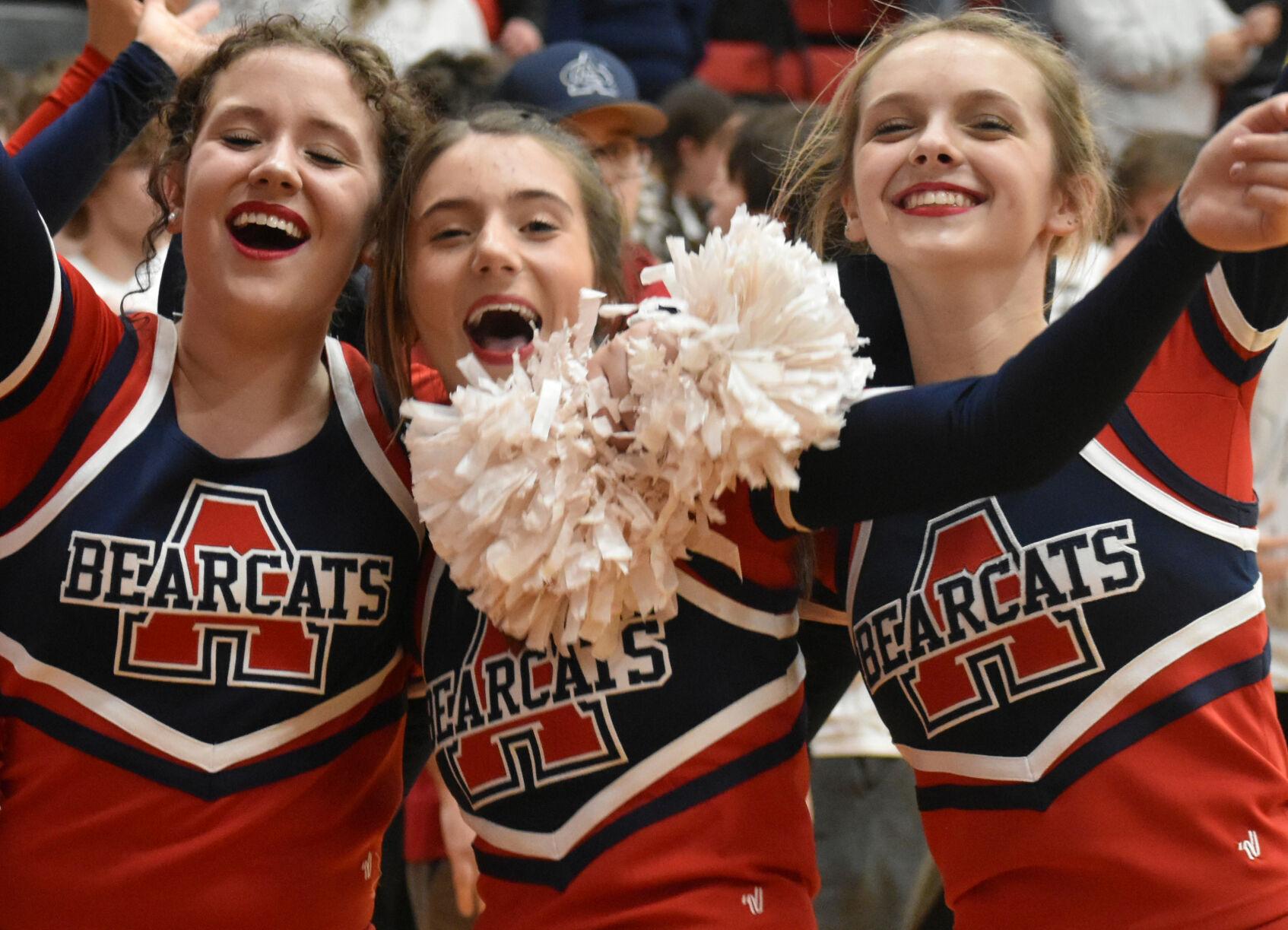 The Anderson County cheerleading squad shared in the excitement following the close game.

Sheila Mitchell will continue to serve as Anderson County Schools superintendent after the Anderson County Board of Education (ACBE) approved the renewal of her contract during the Jan. 9 board meeting.

Four out of five board members voted to renew Mitchell’s contract, with the opposition vote from board member Peggy Peach.

Peach said she did not feel the board gave citizens enough time to share their opinions regarding Mitchell’s contract renewal.

“This is the most important decision that we as board members make for our stakeholders — for the people that voted for us” she said. “They have not had time to know that this is happening. We haven’t had time to talk to them.”

Collins emailed a copy of the proposed contract to each board member on Friday, Jan. 6 — only three days before board members voted on the issue.

“I just feel that this was rushed. It was rushed for everyone. This contract isn’t up until June. There’s no reason for us to rush into this,” Peach said. “I just feel like it was very unfair, and I want to ask for time.”

Board member James Sargent asked new board member Steve Carmichael if he felt comfortable voting on the contract.

“I’ve known [Mitchell] for over 20 years, so I think I have a pretty good understanding of the person she is and the job that she does,” Carmichael said. “I pray about everything that I do, so I’ve been praying about this since we got the information and I feel comfortable with the decision I would make.”

The board entered executive session for 30 minutes to discuss the superintendent contract. Executive session’s are closed to the public and considered confidential.

The executive session ended, and Vice Chair Scott Brown motioned to approve the renewal of Mitchell’s contract. Sargent seconded the motion and thanked his fellow board members for productive teamwork.

“It was awesome,” said Abey Frasure. Even though she didn’t place in the state competition, Frasure said that the experience was one of the best things she has ever done.

Leading up to the competition, Frasure had a busy week. According to Frasure, it was “a lot of work.” She had to practice her fitness routines, practice her talent, do mock interviews, do community service projects, listen to speakers, and more. That week Frasure also stayed with a host family. She left home the Sunday prior to the big event and stayed with the host family throughout her week of practices and activities.

The DYW competition, formerly known as Junior Miss, is a scholarship program that has been going on for about 60 years. According to Sue Smith, the local DYW director, the girls at the state competition were to be judged on 5 categories, and each category made up a percentage of the girl’s final score: 25% scholastic, 25% interview, 15% talent, 10% fitness, and 10% self-expression.

During the state competition this past weekend, the interviews were held on Thursday, and each girl was interviewed for 10 minutes. Friday was the first round of competition when Frasure performed her talent. Saturday morning was the fitness and self-expression portion when Frasure did her fitness routine and the on-stage question. Saturday night they announced the top ten. Anyone who made the top ten, then had to go back and do their performances again. Unfortunately, Frasure was not selected to proceed in the competition.

Frasure said that her favorite part of the competition was the opening number. Frasure explained that that part wasn’t judged, so the girls could just go out on stage, dance together, and have fun.

For her talent, Frasure sang and performed a blend of “Burn” from Hamilton and “Estampes Pagodes” on the piano. Before the competition, Frasure was most nervous for her talent even though she has been playing the piano since the age of 5. Despite being nervous, she said that her talent went way better than expected. When asked if she liked being on stage, Frasure said that she enjoys getting up on stage and performing, but this was bigger than anything she had done before.

Frasure originally decided to compete for DYW when her voice and piano teacher, Meredith Lewis, encouraged her to try it out. Her family was also very supportive and encouraging to her, and Frasure decided to go for it. Speaking of her family, Frasure said, “They were so excited. They were so supportive.”

Through the competition process, Frasure said that she has learned the importance of working hard and putting yourself out there. She also learned that to make friends you have to be a friend.

Speaking to future DYW contestants, Frasure said, “Don’t be afraid to put yourself out there.” She explained that at some point you may fail, but that’s how you grow. Speaking of the competition, she said, “It changes you as a person.”

Local residents Dylan and Hannah Curry managed to get through Thursday’s storm unharmed. Unfortunately, their roof was not so lucky.

Shards of metal were left behind on several local properties, as winds and tornadic activity left behind a mess Thursday morning.

FRANKFORT — While none of them caused the level of death and destruction that was seen during the outbreak that occurred in the South, the National Weather Service has confirmed that six tornadoes touched down in Kentucky on Thursday, five of which were rated as EF-1.

The first confirmed tornado activity took place shortly after 2 a.m. CST and struck Ballard and McCracken counties, before crossing the Ohio River into Illinois. The NWS office in Paducah says it touched down near Monkeys Eyebrow and had top winds of 95 miles per hour. During its seven minutes on the ground, it had a 6.7-mile-long path and was 200 yards wide.

That was followed by four more in central Kentucky around six hours later, according to the Louisville weather office.

At 8:47 a.m. EST one touched down west of Pleasureville in Henry County. Although it touched down for two minutes, with a path that was only 1.27 miles long and with a maximum width of 100 yards, winds reached an estimated 110 mph.

The next was at 9 a.m. EST just west of Harrodsburg in Mercer County, also lasting two minutes. Its top winds were 100 mph, along a path that was 2.25 miles long and a maximum 75 yards wide.

At 9:10 a.m. EST another tornado touched down for only a minute at Danville in Boyle County. Its path was 0.84 miles long and 125 yards wide, with top winds of 95 mph.

The next one occurred in Madison County, also an EF-1, but the survey team was still at work late Friday afternoon, so no other information is currently available.

The sixth and final twister occurred two miles northwest of Williamstown in Grant County. The NWS office in Wilmington, Ohio, which covers northern Kentucky, says it touched down at 9:23 and was only on the ground for a minute. It carved a path that was 0.3 miles long and 50 yards wide, with a maximum wind of 85 mph, making it the only EF-0 of the group.

There were no injuries or deaths in Kentucky, and damage was reported primarily to trees, powerlines, roofs and barns, although some homes experienced gutter damage.

Compare this to the outbreak in Alabama and Georgia, where at least nine people were killed and rescuers continue the search for survivors.

The event took place around 5:30 p.m. on Thursday evening. That is when police say 50-year-old Michael Chad Ritchey of Lawrenceburg was fatally stabbed. 39-year-old Russell Oliver, also of Lawrenceburg, has been charged with one count of murder/domestic violence for the incident. He is being held at the Shelby County Detention Center on a $500,000 cash bond.