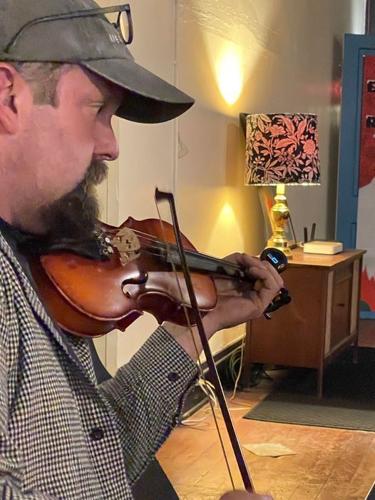 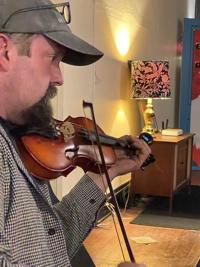 Matthew Maynard plays the fiddle at a gathering. 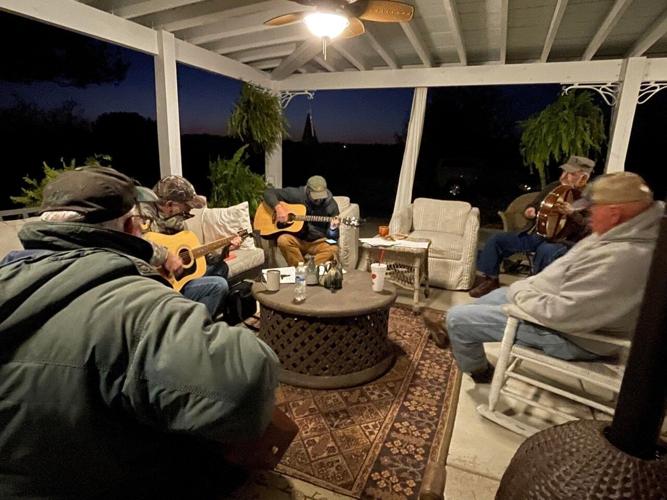 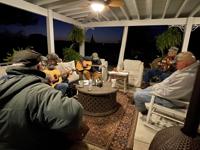 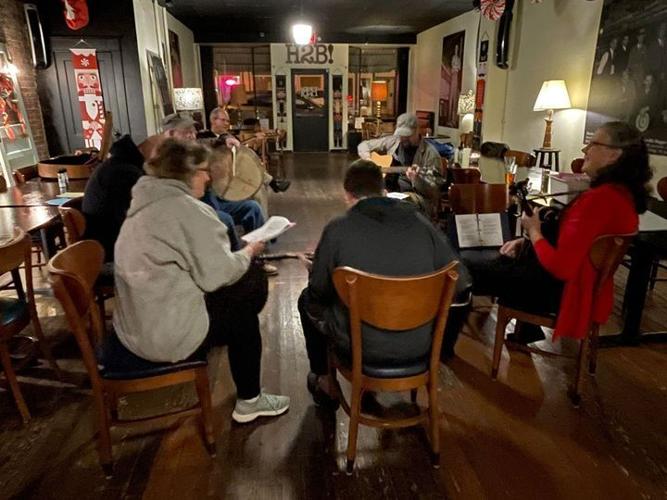 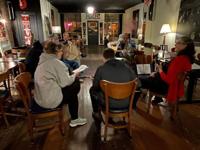 SongFarmer gathering inside Heavens to Betsy.

Matthew Maynard plays the fiddle at a gathering.

SongFarmer gathering inside Heavens to Betsy.

The hills of Anderson County are alive with the sound of music. The music of guitars, banjos, voices, and the hum of cicadas on a summer night. The music of the SongFarmers.

The SongFarmers of Anderson County meet on the third Monday of every month to play music, sing, and get to know the community. Anyone is welcome to join the group, and you don’t have to be a talented musician to come.

As Annette Brady Fugal, founder of the Anderson County SongFarmers group, said, “It’s for any age, any skill level.” The group currently meets at 7 p.m. inside Heavens to Betsy, but they will probably relocate when warmer weather comes.

SongFarmers, as a whole, is an international movement to get communities to connect through music. The movement was started by Michael Jonathon, founder of WoodSongs, the most wide-spread musical program in the world. A recent press release stated, “In fact, the WoodSongs broadcast is described on-air as a multi-media front porch. He [Michael Jonathan] conceived and created the national community of SongFarmers, artists and musicians faced with the post pandemic collapse of the music world and redirecting their efforts into their home towns and communities. Already there are 89 active chapters from Australia, across America and Ireland.”

As Fugal said, “Michael Jonathan is absolutely convinced that…one way to save the world is if we start getting along, and music on the front porch is better than a device…”

The Anderson County branch of SongFarmers began in June of 2021. A few months before that, Annette Brady Fugal had gone to the annual Gathering of SongFarmers in Renfro Valley, KY. During the event, classes were given on how to start your own SongFarmers group. Fugal already loved music, and her “little band” of kids had moved out. As a result, she decided to try to start a group in Anderson County.

When Fugal got back home, she asked the library about holding the group there, but it didn’t work out. Not knowing what else to do, she decided to walk over to the Anderson County History Museum.

Inside the museum, Fugal met Robbi Morgan who turned out to be just as excited about Songfarmers as Fugal. Together, Fugal and Morgan were able to get the group going. Morgan got permission to hold the event at the blacksmith shop, Maynard Studios. When it got cold the Maynard’s suggested meeting at Heavens to Betsy where they are now.

Overall, Fugal feels that gathering with the community to make music is just good for people. “Music, this kind of music that we used to have all over the place in the south, was better than a psychologist, said Fugal. “It’s where you could kind of unload…”

SongFarmers is a way to do this as well as to bring back our musical history. “We are living among the first generation in human history that gets its music and art as a flat screen, cell

phone, digital tsunami of ones and zeros,” said Michael Jonathan. “The real front porch, organic world of music and art is fading away.”

When asked what her favorite part of SongFarmers is, Fugal said, “My favorite part is being there.” She went on to add, “My best part is when I’m actually sitting there, and then we just go on for 2 hours.”

If you come out to SongFarmers, be sure to bring your instrument and some songs to play. However, SongFarmers is not a concert, and songs should generally be 3 chords or less.