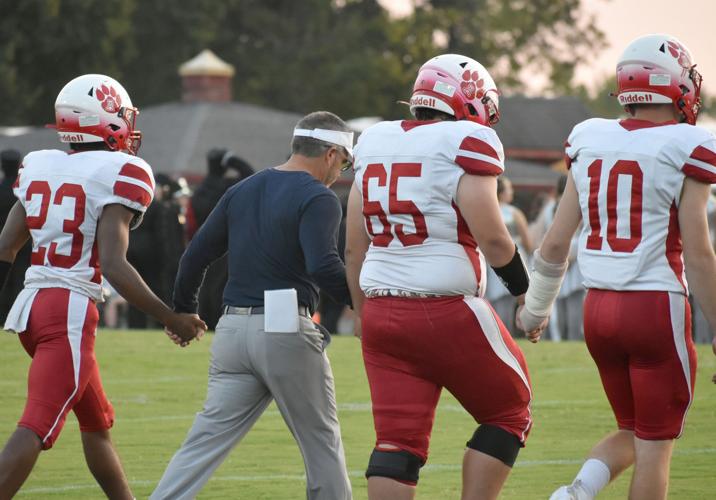 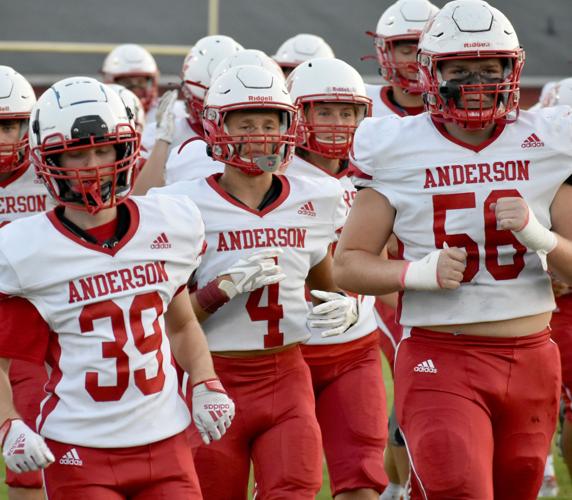 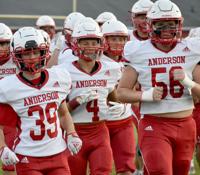 The team emerges from the locker room ready to face the Golden Lions. 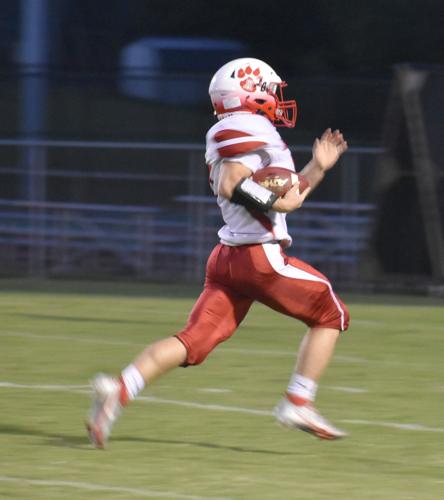 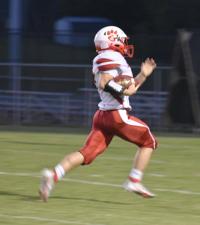 The team emerges from the locker room ready to face the Golden Lions.

The Anderson County Bearcats travelled to Lancaster on Friday night to take on the Garrard County Golden Lions. The Bearcats held their own through the first half, but the home team eventually pulled away for a big win, with Anderson losing to Garrard by a final score of 49-20.

Garrard got off to a quick 7-0 lead after Anderson gave up a three and out to begin the first quarter. Anderson responded with a touchdown run by Dawson Blacketer and two-point conversion by Camdon Higgins to put Anderson in front 8-7. Garrard scored another touchdown before the half to take the score to 14-8.

On the first play of the second half, Garrard ran 92 yards for a touchdown score to expand their lead to 21-8. After another TD for Garrard, Anderson responded with a touchdown by Higgins on an elusive run to take it to 28-14 with a few minutes left in the third.

Garrard aired out a long 47-yard pass to take the lead to 21 with a 35-14 score. They scored once more to take it to 42-14 with a little more than 11 minutes in the fourth. Nehemiah Wilson returned a kickoff to the 18, and Justin Barber received a pass from Eli Castle for an Anderson touchdown to get to 42-20. After a three and out, Anderson had the ball when a costly turnover gave Garrard the ball in their own red zone. They capitalized once more, taking the score to a final of 49-20.

Anderson’s Castle had five-for-12 through the air for 72 yards, two picks, and one touchdown.

On the ground, Blacketer led the team in yards with 80 and one touchdown, followed by Higgins with 63 and a touchdown. Wilson had 17 yards on two rushing attempts, followed by Layton Kareken with two attempts for 10 yards, and Braxton Mackey with one run for seven yards.

The Anderson County Bearcats have a BYE week this week. They are next in action next Friday against Jeffersontown with a kickoff at 7:30 p,.m.