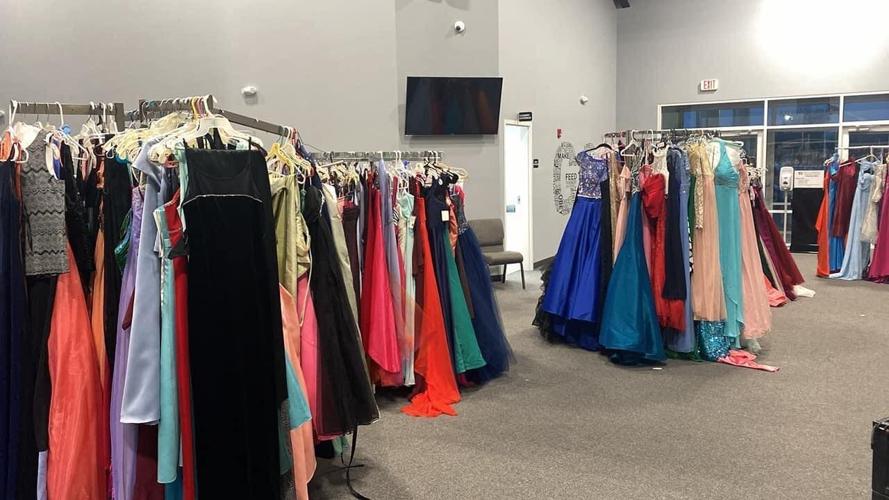 Dresses of all kinds are neatly displayed so girls can “shop” to find the perfect dress. 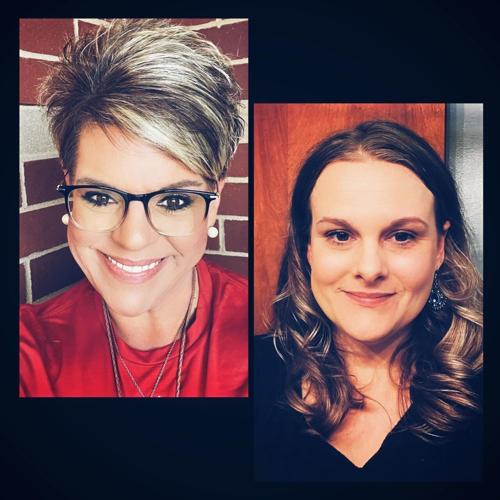 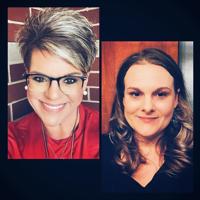 Cretia Hazelwood Lewis on the left and Chastity Hazelwood Marshall on the right are the two sisters who are helping to give local area seniors the chance to go to prom without the burden of hefty price tags.

Dresses of all kinds are neatly displayed so girls can “shop” to find the perfect dress.

Cretia Hazelwood Lewis on the left and Chastity Hazelwood Marshall on the right are the two sisters who are helping to give local area seniors the chance to go to prom without the burden of hefty price tags.

Unfortunately, it comes with a price-tag, and for many students, that’s what gets them. Some are even choosing to skip prom because they can’t afford the expensive finery that goes with it.

That’s where Two Sisters’ Prom Shop comes in. Last year, Cretia Hazelwood Lewis noticed this need in her community and ended up creating the shop as a way for students to get prom supplies for free. With the help of her sister, Chastity Hazelwood Marshall, they have been running the shop ever since.

Originally, Lewis became aware of this need when she talked to students at the Mercer County Schools where she works. Last year, she had asked some students if they were planning to go to the prom. When a good number of the students said they couldn’t afford it, Lewis realized that many were missing out simply because they didn’t have money for a suit or a dress.

After talking with her sister, Chastity Hazelwood Marshall, the sisters decided to put the need out there and see if anyone would like to donate prom dresses and suits. Since then, they have received a lot of support from the community and have been able to provide free prom dresses and suits to quite a few students.

In total, the organization gave away 167 gowns and 9 suits last year. They also gave away odds and ends such as shoes, jewelry, spray tans, gift cards, and more. Last year, the shop even held a big event, and they hope to do so again this year. Lewis added that they are hoping to partner with the Anderson County Junior Rotary Club for this year’s event.

Looking back over this past year, Lewis stated that she “never expected it to get as big as it did.” Since starting last year, they have grown a lot and are currently willing to help out students in any Kentucky county. Speaking of their success, Lewis added that they were even interviewed by WKYT.

Lewis’ husband is currently building a shop on their property for students to have an actual location to come “shop” for the prom stuff they need. According to Lewis, it will have dressing rooms and everything. “Just like going into a prom shop,” she said.

When asked what her favorite part of running the shop is, Lewis said that she has two favorite parts. First, she loves the outpouring of support she has received from the community. Counties from all over Kentucky have reached out to donate.

Secondly, Lewis said that her most favorite thing is when she can help a girl find a dress that fits perfectly and then she gets to see the prom pictures later. “Giving is my love language,” said Lewis. Lewis explained she has been very blessed in life and that both her and her sister were born with giving hearts.

If you are interested in donating to the shop, they take prom dresses, suits, shoes, floral gifts, monetary donations, jewelry, and more. You can donate with Ashley Nesbitt of the Anderson County Kentucky Farm Bureau or with Autumn Boblett of Lois Ann Disponett Realty. You can also donate directly to Lewis. To connect with the shop, visit their Facebook page, Two Sisters’ Prom Shop. Lewis usually meets in Lawrenceburg once a week, and you can message her on Facebook to arrange a meeting.