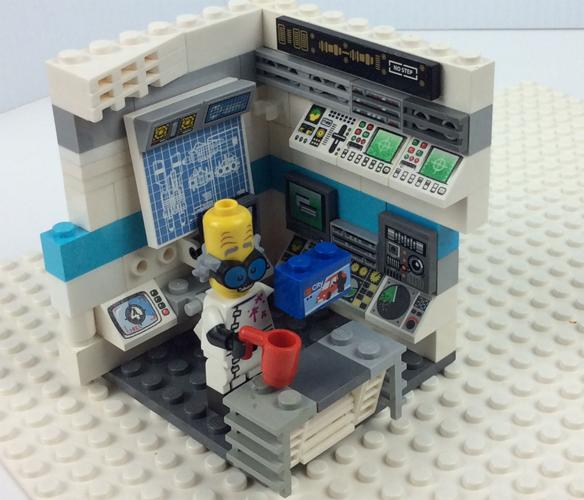 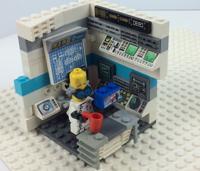 Dr. Michael Troy Shell is a Lego devotee, an AFOL, adult fan of Lego. Shell will link 3x3-inch habitats from student entries as part of SCI&DF Manufacturing Month. The display will appear at JCTC Shelby Campus. 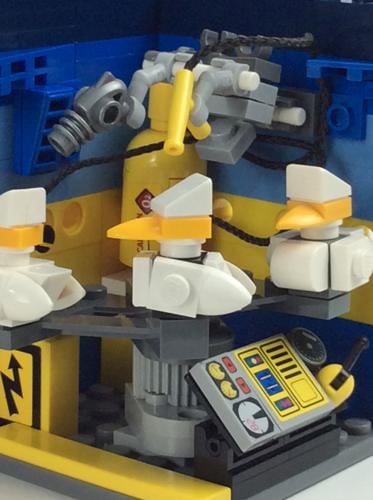 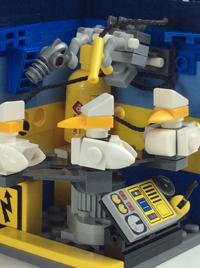 Shell created a duck factory out of Lego bricks. SCIDF is asking students grades 3-8 to create their own factory habitat, which Shell will connect to make a community display. 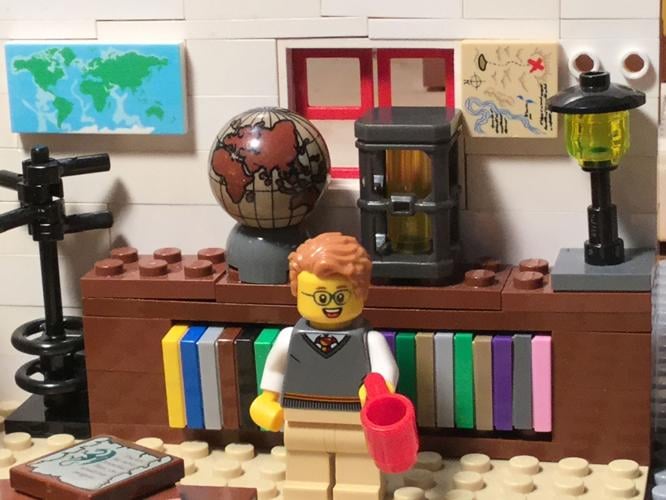 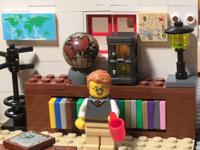 Dr. Michael Troy Shell is a Lego devotee, an AFOL, adult fan of Lego. Shell will link 3x3-inch habitats from student entries as part of SCI&DF Manufacturing Month. The display will appear at JCTC Shelby Campus.

Shell created a duck factory out of Lego bricks. SCIDF is asking students grades 3-8 to create their own factory habitat, which Shell will connect to make a community display.

Dr. Michael Troy Shell, campus director of JCTC Shelby Campus, will combine each entry into one city filled with individual industrial habitats. Habitats are a small scene where mini-figures work, play, and live

Student must request a free Lego base and starter bricks to build their very own Factory of the Future. Five-hundred plates are available on a first-come, first-served basis.

Shell will take all entries, connect the bases to make a cohesive display in the lobby of JCTC Milestone Academy campus on Frankfort Road during Manufacturing Marketplace on Oct. 19 and the remainder of the week. The size of the final display depends on the number of habitats returned to SCIDF.

Not only can Shelby County youth enter. Surrounding counties can also contribute and compete for prizes in two age groups: grades 3, 4, and 5; and grades 6, 7, and 8, plus a Best in Show award. A small committee, which includes Shell, will judge the contest.

During the last Industrial celebration, SCIDF sponsored a coloring contest for K-3, and this year is no exception, but a Manufacturing Month committee decided they wanted a contest for older kids, so the Lego contest was born for students 3rd through 8th grades.

“I was into Lego and already on the committee,” Shell said. “I suggested habitats. I’m a crazy Lego guy. They call us AFOL, adult fans of Lego.”

Habitats are creations that illustrate a certain scene. Shell’s doctorate is in philosophy, and he wrote an ethics book and illustrated with his ideas with Lego bricks. Last summer, he held a Lego camp for kids.

Students can request a kit at their school. These habitats must be done in a certain way to hook together each room, but other than that, the sky’s the limit.

Kits include an 8x8 stud base, which is about 3x3 inches, plus bricks in the free package.

“A student can look at a local factory, but use your imagination,” he said. “They can do whatever they want. Imagine what a factory in the future looks like then put it all together. It may be crazy, science-fiction, or ridiculous. Whatever they think up.”

Entries are due back to the industrial foundation by Oct. 17.

Shell has created a rubber duckie factory, a facsimile of the manufacturing lab at the college, and much more previously.

Shell created a video to show student builders how to create an industrial scene, but mostly, it’s these creators’ imagination that will fuel construction.

Norfolk Southern is the contest sponsor.

One goal of this contest is to get across the idea that manufacturing isn’t what some people think. “It isn’t a dirty, coal-fired steel company,” he said. “Manufacturing goes from sterile and beyond. Think about all the things made in manufacturing. Think creatively about what factories look like.”

Lego is actually one of the biggest manufacturers in the world. The company makes more tires than anyone in the world, for kits.

Shell speaks at conferences about Lego and play. “Everybody’s contribution is bigger than the individual,” he said. “They contribute to a larger whole. We take this tiny thing [3x3 inches] and link it together. It’s fantastic. Just like the manufacturing process, everybody does their job, then what comes out is greater than what came in.”

Shell wants to keep this contest growing into the future, but future contests depend on popularity of the competition.

“My vision for the future is to push it, to use mechanisms with Lego, moving parts, advanced building,” for middle and high school students. “They can build simple machines, conveyor belts, mechanics to make factories move. Advanced Lego building has gears, levers, elevators, and slopes available. Some schools use this in robotics.”

Shell wants students to know that there is more to a manufacturing plant than jobs on the floor.

“Every manufacturing company needs HR, mechanics, all manner of jobs," he said. "I want to put in their heads that there may be a place in the whole spectrum of manufacturing that they hadn’t thought of before. I want to expose that to students, get them here on campus.”

Oct. 19 is Manufacturing Marketplace. Representatives from several Shelby manufacturers will be at JCTC that day to speak to kids about a wide array of available jobs, internships, and other opportunities.

“There are 70-plus industries here in Shelby County,” said Libby Adams, SCIDF executive director. “Shelby County is the most industrialized community in the commonwealth outside Jefferson County. It’s important for everyone to know what manufacturing exists in Shelby County and what goes on inside. They’d be surprised by what is made here, done here.”

For example, the iconic Capri Sun packaging is made right here in Shelby County.