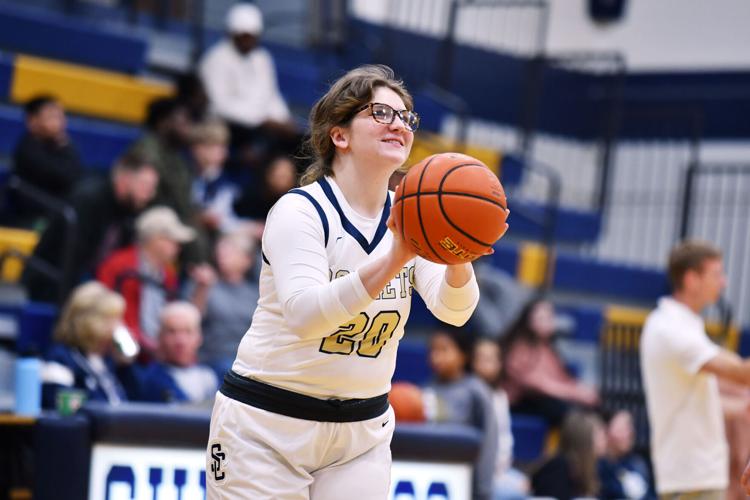 Kassie Moore does all the little things a leader does that fans in the bleachers may not see and has been a crucial piece for the Rockets. 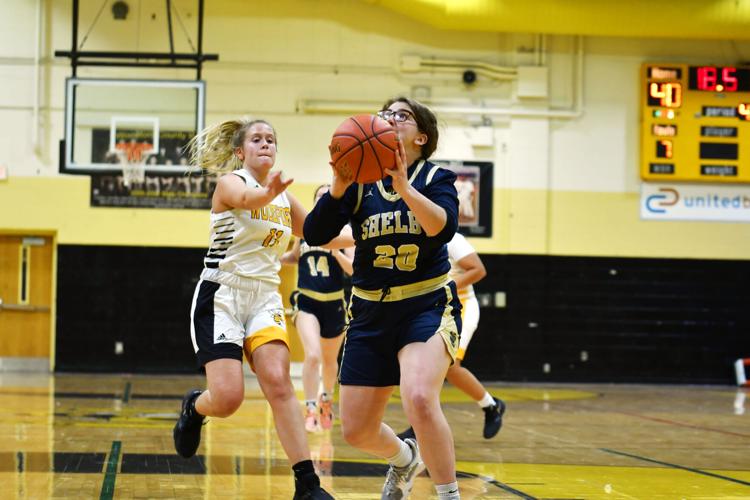 Senior Kassie Moore has been a leader for the Rockets this year and head coach Olivia Farmer said she knows if she asks Moore to do something, "she'll do it and she'll do it the right way."

Kassie Moore does all the little things a leader does that fans in the bleachers may not see and has been a crucial piece for the Rockets.

Senior Kassie Moore has been a leader for the Rockets this year and head coach Olivia Farmer said she knows if she asks Moore to do something, "she'll do it and she'll do it the right way."

People in the bleachers may not notice everything that Shelby County senior Kassie Moore does for the Rockets, but in the locker room, her presence is invaluable.

One of two Rocket seniors this year, Moore has been a positive influence on the underclassmen and an important part of head coach Olivia Farmer’s plans for her team.

“I’ve told this team since I got here that I want a player-led team," she said. "There are different kinds of leaders — vocal leaders, those who lead by example — Kassie Moore is a leader. She’s like the staircase between me and the team; she’s the communicator between us. She does all the stuff that nobody sees. All the things that need to be done, she does them and she does them correctly because she knows what I expect from this team.”

Moore said she wants to make sure nobody enters a practice or a game in a bad mood, and that’s the first thing she does, even before they walk onto the floor.

For Farmer, who is in her second year with the Rockets, having someone she doesn’t need to worry about doing things the right way has been invaluable for her.

“She’s a great example for the kids to follow,” she said. “What she brings to our team is crucial. I have as much confidence as anyone in the world in her but she needs to see it in herself. She’s a leader and does so many different things. She’s so hard on herself so I need to always remind her that she’s one of the most vital people on this team. We all have a role and she does her’s perfectly.”

Moore isn’t a vocal leader, so when she speaks, it carries a lot of weight with her teammates.

“For other kids to hear her say, ‘Coach wants us to do this or that,’ they know she’s serious and they’ll take her in that way. They respond well to her because they know the expectations that I have of her,” Farmer said. “They respect her and it’s great to have someone in the locker room that I know if I ask her to do something — even if it’s run through a brick wall — she’ll do it and she’ll do it the right way. I appreciate that in her.”

That’s been a relationship Moore takes pride in, too. She said ever since becoming a senior, she’s always talking with coach Farmer “to make sure we’re on the same page so I can communicate that to the team.”

But basketball isn’t all that Moore does — and isn’t even all that she does on basketball game days.

Moore is a member of the National Honor Society and holds officer positions in Best Buddies and Family Career Community Leaders of America (FCCLA), and she plays saxophone in the SCHS pep band. That means that, on days where the Rockets have a double-header like tonight, she makes her way to the top of the bleachers following the girls’ game to join her bandmates for the boys’ game.

“It’s a lot and can be stressful but I manage it,” she said with a smile.

Moore has a lot on her plate, but at the end of the day, it’s how she can help others that she values the most.

And when she walks across the stage for graduation, it will be those friendships she’s forged in all her activities that’s the first thing she’ll think about.