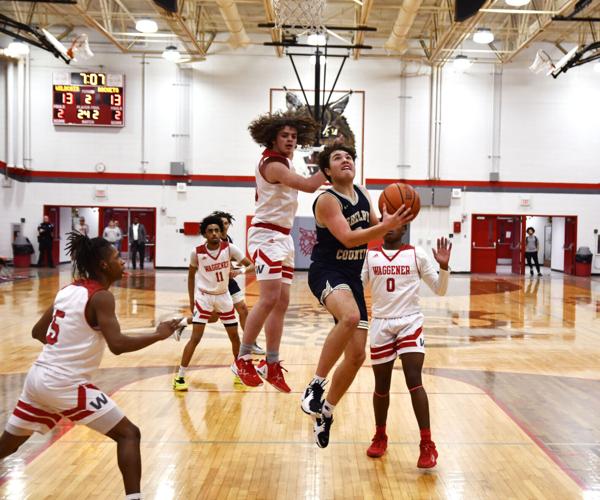 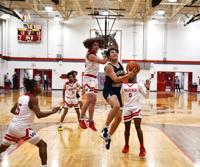 Dillon Ritchey once again came up big in the clutch, hitting the game-winning three against Waggener and grabbing the game-sealing rebound and knocked down a pair of free throws to put the game away. 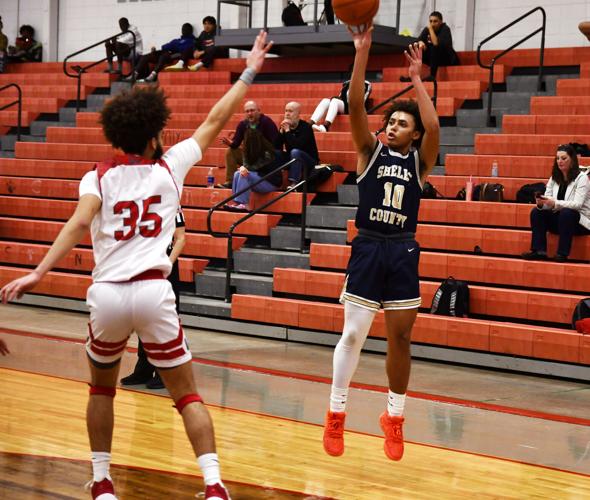 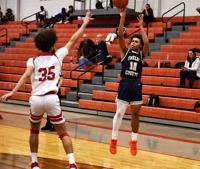 After not making a single three in the loss to Spencer County, Shelby County head coach Blake Traylor told his team that they needed to shoot more from downtown and players like Javon Hunter took it to heart as the Rockets went 10-19 from downtown, including Hunter's 4-5.

Dillon Ritchey once again came up big in the clutch, hitting the game-winning three against Waggener and grabbing the game-sealing rebound and knocked down a pair of free throws to put the game away.

After not making a single three in the loss to Spencer County, Shelby County head coach Blake Traylor told his team that they needed to shoot more from downtown and players like Javon Hunter took it to heart as the Rockets went 10-19 from downtown, including Hunter's 4-5.

The Rockets took that message to heart, going 10-19 in Tuesday’s 57-52 win at Waggener, capped off by Ritchey knocking down the game-winner from downtown.

“It’s something we talked about," Traylor said. "The way our two district teams have played us so far, played and scouted us — Spencer County and Anderson County — the thing was they were just denying Dillon and then just been sagging way off everybody else. When we did get in the paint, which is one of our strengths and what we’ll continue to do, teams just had three guys there to contest the shots from our short, little guys — we are who we are.

"We talked about the last couple of days that we want to continue getting to the paint because it’s one of our strengths, but when teams do collapse, we’ve got to be able to kick it out to people and those people have to be willing to shoot the ball. We don’t have many attempts from three on the year outside of Dillon — a little bit from Mike (Jones) and a little bit from Javon (Hunter) — but the rest of them haven’t shot a lot. I gave them the green lot. I don’t care what their percentage is right now, if they get that inside out, they got to catch and shoot it. We have to have teams respecting it.”

It’s not a surprise that it was Ritchey who wanted the ball in his hands with the game on the line. He came up big in a similar spot earlier in the year in a win over Bullitt East when he got fouled on a game-winning three-point attempt and knocked down all three free throws to clinch the game.

“That’s one of the best parts about him," Traylor said. "He works so hard and that’s why he is so confident; but one of the best things about him is that moment in the fourth quarter, a tight game like that, it’s like it’s the first quarter to him. He doesn’t feel the pressure.

Ritchey finished the game shooting 5-9 from downtown and Hunter went 4-5 from beyond the arc, earning Traylor’s praise in the effort not just in Tuesday’s win but every time he gets on the floor.

“Javon, the more minutes he gets — and that’s on me as a coach, I’ve got continue to give them to him — he just gets in a better rhythm and just shoots the ball so well,” he said.

Outside of those two, Dallas Mercer went 1-3 from downtown and Jones missed both of his attempts — but it wasn’t the makes that mattered to Traylor, it was the attempts and getting open from beyond the arc.

“I told them after the game Friday and at practice that they’ve got to shoot it. I don’t care if they miss; we’ve got to shoot those,” he said. “A little bit of it though was that, when we watched the Spencer County film — when we did get to the paint and we got those contested shots, a lot of guys around the perimeter weren’t finding windows, either. So we did get to the paint and did get contested shots but we also had people not open on the perimeter. It’s something as simple as a one or two step slide to the left or right.”

Another takeaway from Tuesday’s win is the personnel the Rockets won with. After being without Jones for the last two losses to Meade County and Spencer, Shelby finally had the junior guard back. However, with one coming back into the fold, two more were absent — seniors O’Mauri Downs and Maalik Stoner were out with illness Tuesday. Getting a win without that pair was big for the confidence of Traylor and the Rockets.

“It’s huge and the thing that gives me a lot of hope — even just being down guys — we didn’t have a senior tonight,” he said. “We started three juniors, a sophomore and a freshman and we brought off the bench Kobe (Booker), a sophomore and Adwin (McDuffus), a sophomore and that was it. Juniors, sophomores and freshmen — Christian Goldie just got cleared today so we’ll have him back in the lineup soon. I just like where we’re at and I feel like we’ve got a lot of room to still improve by the end of the year.”