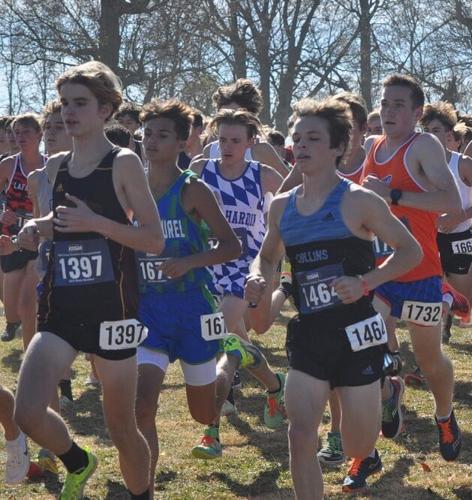 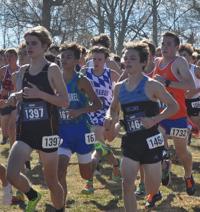 Nathan Janes (1464) at the start of the State AAA Meet on the Bourbon County Cross Country Course Oct. 29. Janes clocked his second fastest opening mile of the season. (5:25) 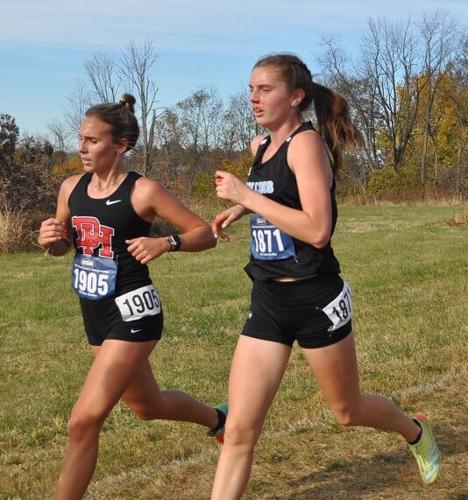 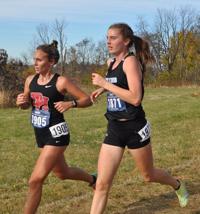 Nathan Janes (1464) at the start of the State AAA Meet on the Bourbon County Cross Country Course Oct. 29. Janes clocked his second fastest opening mile of the season. (5:25)

Collins had one male and the girls team run in the State Class AAA meet in Paris at the Bourbon County Park Course Oct. 29.

The boys’ race was first. Sophomore Nathan Janes, who made State last year, got off to a good start, clocking his second fastest opening mile of the season (5:25). He held his position through the 2 miles but lost a little ground on the third mile as the tough course caught up to the runners. Janes finished in 18:08 for 144th place. This improved upon both his time and finish (189th) of last year.

The Titan girls got their second fastest start of the season as the top five averaged 6:20 for the first mile. The first mile of the course is usually fast because there is more downhill than up

Coach George Sanderlin said the team is building for next year.

“The girls struggled a bit in the last mile, and I know they wanted to finish a bit higher as a team," he said. "Overall, we had a great season, we worked hard and had fun doing it. All the athletes improved year over year and throughout the year. The girls set a team time school record and the boys had a top 10 clocking. With everyone returning, this should set us up for a good year next season. Then the girls will be gunning for a top-10 finish at State and the boys’ goal will be to make state for the first time since moving up to 3A.