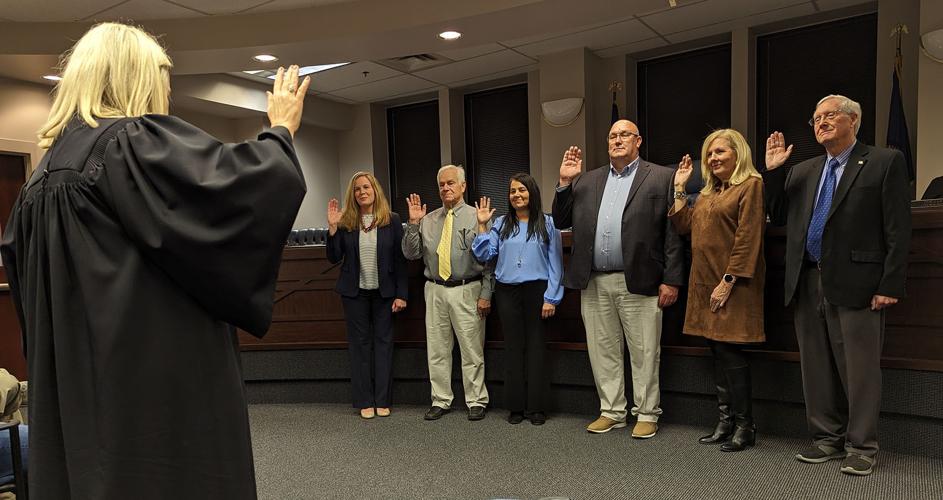 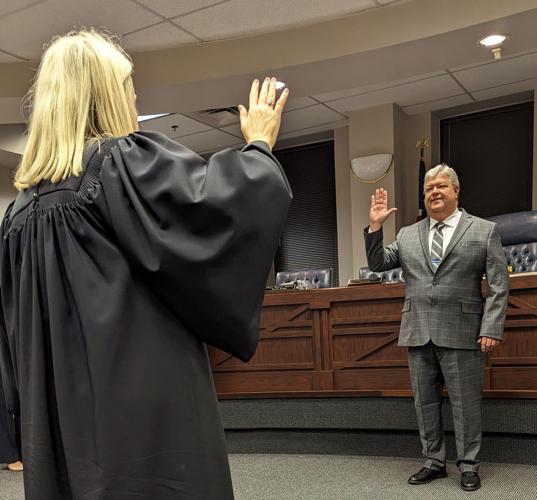 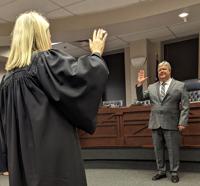 Families gathered before the first Shelbyville Council meeting of the year Thursday to watch loved ones swear unofficial ceremonial oaths of office. District Judge Donna Dutton performed the honors in front of a big crowd of well-wishers and proud families.

Of course, oath takers vowed they had never fought a duel in this or any other state, an archaic leftover from years gone by still entrenched in the Kentucky Constitution.

The Jan. 5 regular council meeting is the first for a new mayor and council elected in November 2022. Shelbyvillians chose Troy Ethington to replace David Eaton, who retired at the end of last year.

Only 4 percent of runs are fires, Rothenburger said. The majority of calls are rescue and emergency medical runs. More than 5 percent are hazardous conditions without fire, 6.8 percent are service calls, more than 12 percent are false alarms and false calls, 0.14 percent severe weather and natural disasters. The remainder are overpressure, rupture, explosions, and overheat, no fire; good intent calls; and special incidents.

• treats overdose cases, cardiac arrests, choking, and medical runs to back up EMS;

• hired five firefighter recruits who started Nov. 15 and are progressing well, he said;

• started an EMT class Jan. 3, which is at the end of training for other firefighters;

• is finalizing specifications for a new rescue pumper;

• will file an insurance claim for damage to Station 52 due to a water main break in the ceiling. Repairs cost $5,900;

• has AED defibrillators in each apparatus; and

• is coordinating with Shelbyville Police regarding upgrades to public safety communications with new radios from federal funding;

"We're saving lives," Rothenburger said. "You don't hear about it because that's our job. We don't brag about it."

Shelbyville Police Chief Bruce Gentry spoke to the council about police activities. Law enforcement was also out in force during inclement weather which began Thursday before Christmas, plus with flooding last week.

Emergency Management coordinated warming centers at churches and SPD checked homeless encampments on the walking trail to make sure folks weren’t caught in the sub-zero temperatures. “They are a fluid group, and they had already moved,” Gentry said.

Police recruits will start the academy Jan. 29 with expected June graduations. A retired part-time officer from Louisville Metro Police was hired, and another LMPD officer who lives in Shelby County made a lateral move to SPD. Another officer who is bilingual in English and Spanish is finishing up training.

The department has more safety gear. The procedure now is to have safety gear at the station instead of in police cars in case someone is off that day.

“If you see someone from public works, please thank them,” Herrell said.

Sprinklers at Shelbyville City Hall burst in the Cubert Room on the west side of the ground floor on Christmas Day. Public Works was involved because the agency is responsible for city buildings.

Even with the ice and snow, the city still has plenty of salt.

Public Works is also responsible for administering the MS4 Storm Water program, and Herrell will present a report to the council in February.

Janette Marson, ShelbyKY Tourism CEO and president, handed out brochures that will go to folks who request information. “We promote Shelby County as a destination,” Marson said.

Tourism received ARPA funding specifically for marketing efforts 100-plus miles from the county, so Marson is promoting Shelby County statewide, nationally and internationally in magazines and streaming services.

The Shelbyville Conference Center booked about 380 events last year, and the trolley is being rented for events like weddings, leadership meetings, parties and more. Tourism is working with distilleries and Outlet Shoppes of the Bluegrass to set up trolley tours and the agency is looking into a possible ghost tour.

Visits to the county have increased, but are day trips typically. The agency is working to increase overnight visits.

Marson also announced that the Micro Wrestling event Jan. 20 is nearly sold out. “It’s a Tik Tok sensation,” she said.

Darlene Snow, Shelby Main Street executive director, is working in May events, and she said a film crew will be in Shelbyville Jan. 31.

Main Street between 4th and 7th streets will be blocked off that morning, and large trucks will be parked along Washington Street. The 6th Street crosswalk signs will be taken down by public works, as will the twinkle lights on 6th. Public works will put them back up after filming. Police and fire crews will be on standby for this event.

• heard Mayor Ethington thank all city employees who helped during the arctic blast and flooding. He also announced that Fairway Crossing Liquors will have a ribbon cutting at noon Jan. 11;

• heard from City Attorney Steve Gregory that in 2022 the city applied for opioid settlement funding from the class action suit brought against drug manufacturers. He announced the city will get at least $54,000 from the settlement to go to the SPD, which will oversee the account. Funds can be used to enforcement, treatment and education with restrictions.

• heard updates from Trace Kirkwood, Historic District coordinator, about the downtown reinvestment fund to get businesses to locate downtown. Larry Brooks is renovating the old Parks Place building. Kirkwood is working with businesses on purchases;

• announced that there will be a public hearing Jan. 19 at 6:15 p.m. at city hall to close out the CBDG utilities grant’s KIPDA account. The regular council meeting may be canceled if there is no quorum, which is enough members to vote on city business. A few of the council and the mayor will attend the League of Cities conference in Lexington. A decision will come at a later date; and

• approved minutes from the last regular meeting on Dec. 15.