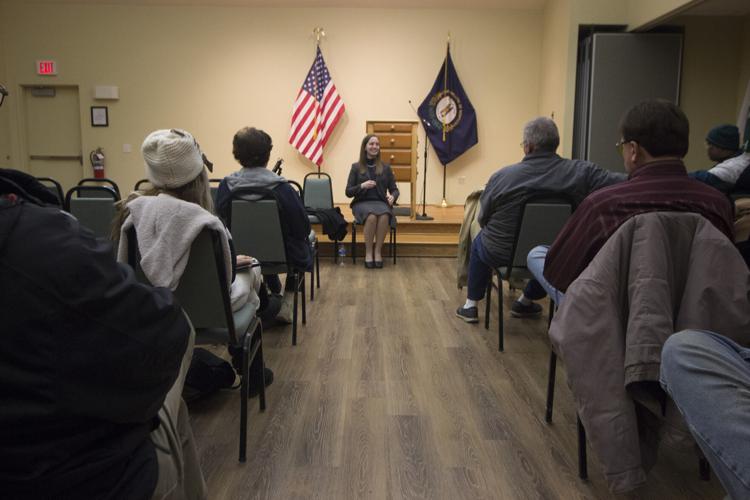 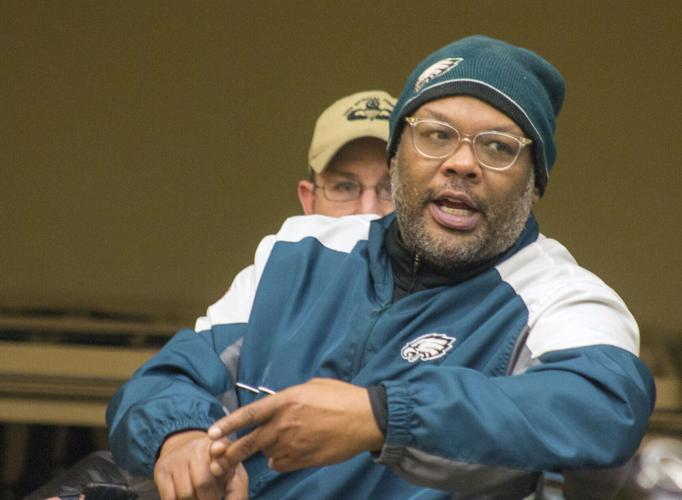 Teacher Delvin Azofeifa, who lives in Franfort and teaches in Lexington, complained about some books offered in school libraries. 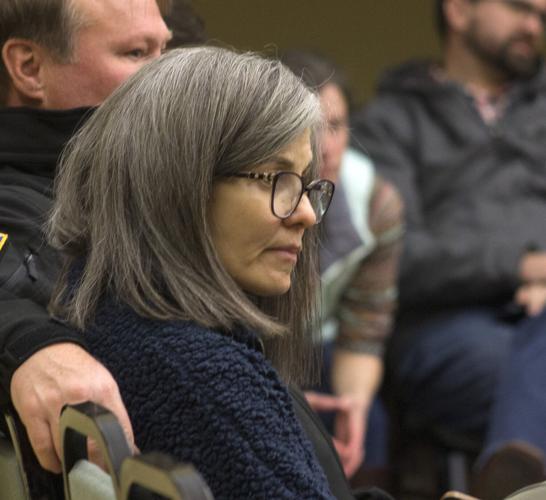 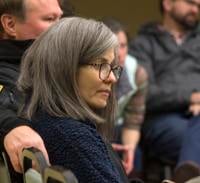 Jill Finnesand vowed she would not be vaccinated. 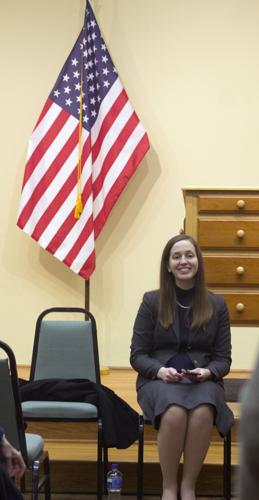 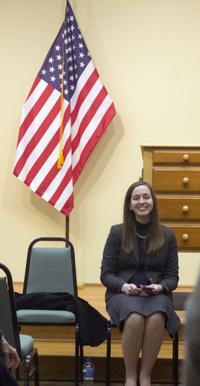 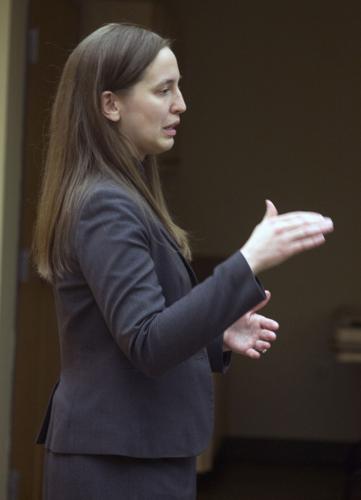 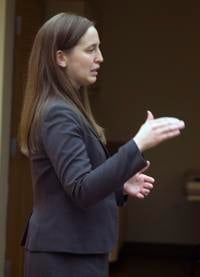 Teacher Delvin Azofeifa, who lives in Franfort and teaches in Lexington, complained about some books offered in school libraries.

Jill Finnesand vowed she would not be vaccinated.

A group of 32 mostly right-leaning people came out for the Dec. 20 town hall meeting to air grievances and discuss issues with state Sen. Adrienne Southworth.

Elected in 2020, Southworth became Shelby County’s senator after district lines were redrawn. Southworth, a Republican, said she calls town hall meetings such as this one to delve into what’s really on people’s minds.

“I want to hear more from you guys,” she said. “What are you focusing on in Frankfort?”

Southworth said lawmakers see a survey on just eight issues people might want to talk about — but the questionnaire should go further.

“We need an ‘other’ box — stuff that Frankfort doesn’t know that people care about needs to be represented,” she said. “Fifteen percent of the people checked ‘other’ as the No. 1 issue, which means the eight things we gave them, they don’t care about any of that stuff as much as they care about something else. I want to hear from you guys what’s really on your mind.”

• the centralization of offices for IDs and drivers’ licenses

• sexuality in books offered at schools

One person brought up election integrity.

“We just watched the fall election be stolen again in many places,” that not identified person said. “What are we doing in Kentucky?”

Southworth also said that the system is ripe for fraud.

“I was getting feeds from people showing me exactly opposite numbers throughout election night in Kentucky in November 2022,” she said.

Southworth noted that she is offering two bills dealing with elections — one of which would give local election boards an option to not use election machines.

“If you can manipulate anything in any election, the whole thing’s kinda over, I feel like,” Southworth said. “There are so many different ways you could cheat if your system has a vulnerability. Mail-in ballots is a big one that many people talk about.”

“People are more aware about what’s going on, but I don’t think they’re very aware of what’s really going on,” she said.

One citizen, who lives in Frankfort and teaches in Fayette County, complained about books available that promote things like homosexuality.

“I have no proof but I have a sneaking suspicion that there are people with evil ideologies who want to control the school system so they can permeate these sick ideas,” said Delvin Azofeifa. “I hear about teachers who teach children how to do homosexual acts — with pictures. I don’t think there’s room for it.”

An unidentified woman said Jefferson County is already permeated with such books.

“They’ve got homosexual books in schools in Jefferson County,” she said.

Southworth said she had seen some of the books in question.

“I am absolutely shocked at adult-only material in children’s books in schools,” she said. “They have this rating system 0-5. Four is rough. I wouldn’t show a 3 to any high school kid either. There is a level 5 — x-rated books in under-18 libraries. It’s unbelievable what’s out there.”

She said she filed a bill last year that would remove the educational exception of the definition of distributing obscenity to minors.

“The First Amendment applies at a school library to elementary kids … it doesn’t have to require anything else,” she said. “On the street, if they walk outside the school (with such a book), it would be a crime. That’s wrong. It should apply anywhere, regardless.”

One lady, who said she’s a parent of a sixth-grader at West Middle School, said she won’t allow her son to even go inside the library there.

“(He) is not going to set foot in there and check out a book,” she said. “There’s not a book that’s going to come home from our library.”

Conversely, she noted that the local school system seems to have the issue in check.

“I’ve not had my son come home and say, ‘They talked about this in school.’ I applaud our school system for doing a wonderful job. I think we are very blessed to have a good school system here in Shelbyville.”

Joe Korluck complained about having to drive to Frankfort for a new driver’s license or ID card.

“Everybody’s tired of the federal government getting bigger,” he said. “That’s what’s happening to state government, too … These licenses should be done at county level, just like before.”

“We just need to tell the federal government no,” she said. “If I’ve learned anything in politics, it’s … 90-some percent of everything that goes on politically is fear and intimidation tactics — that’s what we get from federal government.”

She said that although there have been rumblings of changing back to county-issued licensing, there is “zero movement toward reversing it.”

Several people joined the discussion when Jill Finnesand, who is on a transplant list, complained about being turned away from treatment because she refuses to get vaccinated.

“I will die before I’m vaccinated,” she said. “I just want to make sure the people in my position are not going to be denied the right to live because I’m not willing to take an experimental vaccine.”

Farmer Paul Scheffer said he moved from Jefferson County to operate a chicken farm, but is limited by federal regulations.

“Kentucky is one of two states in the union where we do not accept the federal exemption for small farmers to butcher their own poultry,” he said. “I can sell a live chicken to this man over here, but I can’t sell a dead one.

“I would really like Kentucky to consider making it possible for small farmers (to do that),” he said. “In a small farm, you’ve got to make every dollar count.”

Curiously, Southworth asked how many people had moved to Shelby from Jefferson. Eleven people raised their hands.