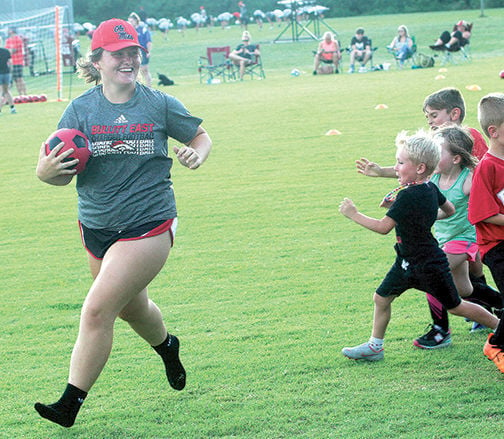 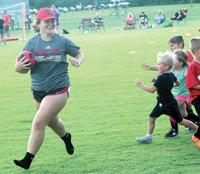 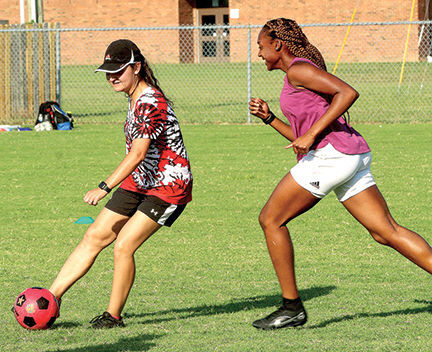 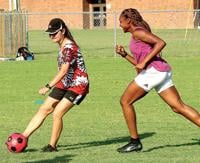 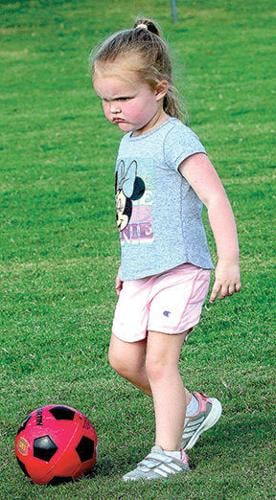 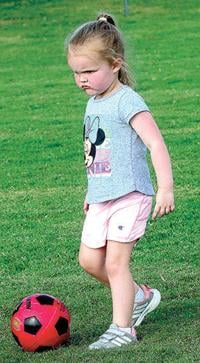 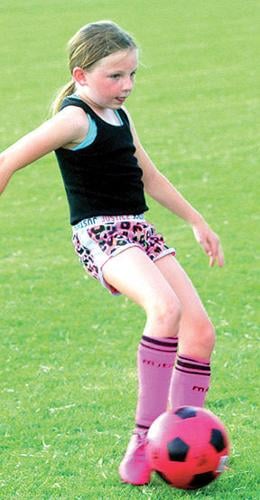 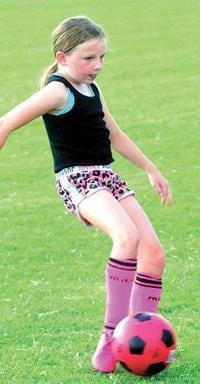 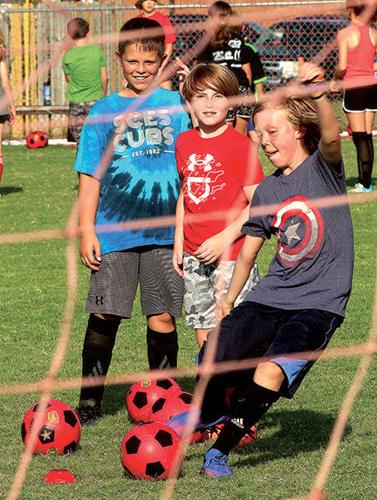 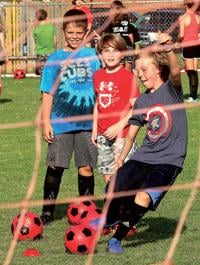 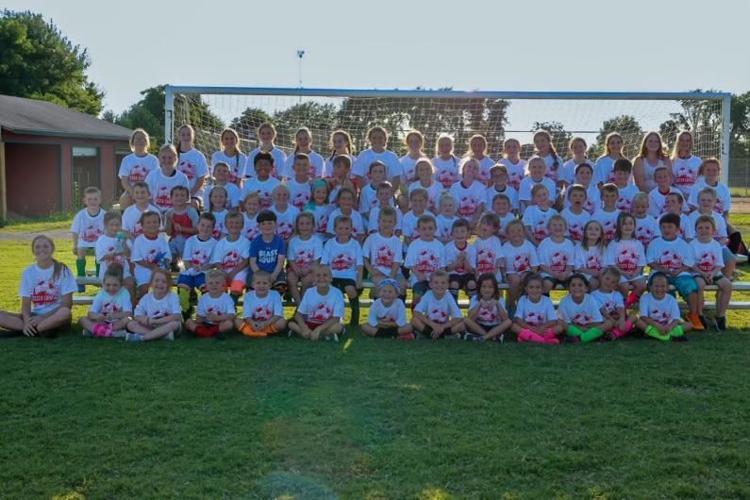 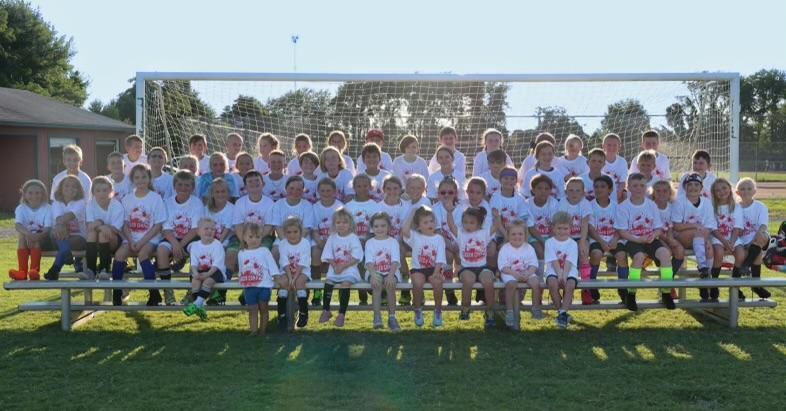 MOUNT WASHINGTON -- The annual Bullitt East Soccer Camp was under new management this summer, but it had record numbers despite high temperatures.

Coming the first week after the state-mandated ‘dead period’ for high school atletic programs, the camp was conducted by new Lady Charger head coach Kassi VanMeter who took over the program after long-time head coach Steve Gentry retired at the end of last season. VanMeter had been Gentry’s assistant coach the past several seasons following her playing days at Bullitt Central (when she was Kassi Gilbert) and then in college. VanMeter even jumped into the actiion with some of the older players (picture above with VanMeter in the hat).

The camp drew so many players this summer that VanMeter had to call in a few Bullitt Central players to help her team members handle the camp activities.

Over four nights, both the boys and girls campers got a heavy dose of work on fundamentals along with game actiion as well as just having a lot of fun. The camp was made up of players younger than elementary school age all the way up to middle school athletes.

Youth soccer leagues will kick into action soon. VanMeter and her Bullitt East team started practice on July 15 and will compete in the Bluegrass State Games before opening the season the week of Aug. 8.