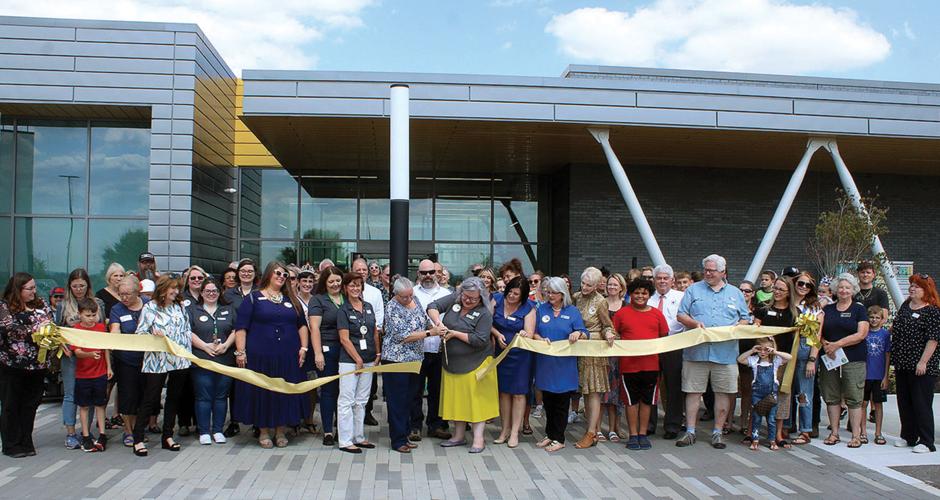 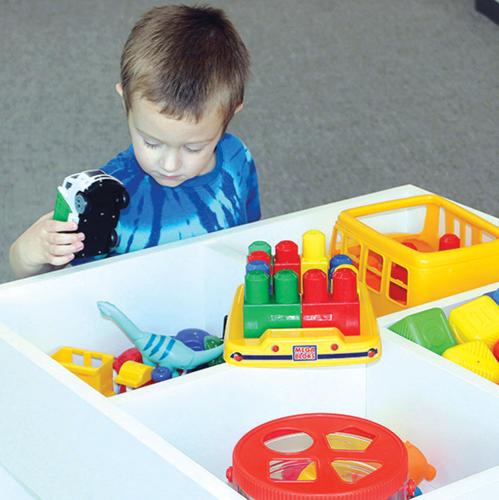 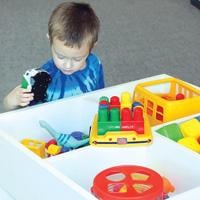 SHEPHERDSVILLE – Just like reading a great novel, sometimes the best part is when it’s completed.

An open house was hosted, including a ceremonial ribbon cutting and comments from a few library leaders and local officials.

Visitors experienced the new state-of-the-art facility, including a large children’s area, teen gaming section, a maker lab with everything from 3-D printers to sewing machines, and four outdoor educational gardens, each based on a various season.

Live music greeted guest in the multi-purpose conference room where officials gathered to speak. Nippert expressed excitement from everyone involved in bringing the new location to fruition.

Bullitt County judge/executive Jerry Summers called the new facility a “benchmark for this community” and an asset to all residents.

“We’re grateful for what the library system has done, for all areas of the county,” he said. “I want to thank the (library) board for their vision.”

Chris Bischoff, regional consultant with the Kentucky Department for Libraries and Archives, noted that community libraries were more important than ever before in providing everything from books and reading materials to updated technologies.

“Since the 1950s libraries have provided every imaginable type of book media,” he said. “Not everyone has access, and this library provides that, everything from media training to job applications to social security applications… this is a place you can come to for that.”

“Libraries really are a gateway to our dreams,” he said.

Library board president Sherry Parker said the new Central location set up BCPL for serving future generations of Bullitt Countians. She credited everyone with the local library system, including former director Joe Schweiss, for their development strategy.

“They all truly had a vision of something outside the box,” Parker said. “I thank the library board, and this board will continue to move forward.”

BCPL director Tara O’Hagan thanked all of the building designers, financial advisors, and board of trustees for making the new Central location a reality. She also credited the efforts of library employees at all BCPL branches.

O’Hagan also thanked Summers and Bullitt County Fiscal Court members, as well as the City of Shepherdsville, for working with the library board to establish the new building and its location.

The new director pointed out some aspects of the new facility, including something not everyone would notice… she said use of solar panels would bring the building’s energy costs to almost zero.

O’Hagan reminded families to visit the new children’s play area, and also the quiet rooms for those needing a break from all the excitement. She mentioned the teen gaming stations, the enclosed Maker Lab, and the gardens representing each season with a different element.

With guests gathered in the large conference space, O’Hagan mentioned the room could host most any occasion taking place in Bullitt County. She added that there were other meeting and conference rooms of various sizes, large and small, to accommodate any guests

“BCPL will be the first thought for this community’s needs,” she said. “We are here for you, and this library will be the leader.”

Central branch manager Cindy Hartley agreed that all library employees were there to assist visitors in any way possible. She thanked the many visitors who have taken advantage of what the local libraries have offered over the years.

Hartley thanked BCPL staff and employees who worked hard over the summer relocating and categorizing items from the Ridgway Memorial Library location to have the new branch ready to open. The Ridgway branch was permanently closed but a 24-hour library and book drop remain located at the site.

“We’ve worked so hard over this summer bringing everything into this building,” she said.

Among the many guests, Madeline and Bobby Ward attended the open house with their sons Wil and Jack. Everyone in the family was pleased with what they experienced on the first day.

“It’s beautiful,” said Madeline. “There’s so much more media to check out, and I like the sewing machine.”

“I believe the new building appeals to every generation,” Wil said.

Jack appeared happiest of all, with eyes wide open while perusing the new collection of video games available for check out.

Visitors received refreshments during the open house provided by the Bullitt County Retired Teachers Association, while BCPL staff hosted a prize wheel near the children’s station. All children who spun the wheel received a free game to take home.

The new BCPL Central branch location, located at 740 Conestogas Parkway, officially opened all services on Monday, Sep. 19. It will now be open Mondays through Thursdays from 9 am to 8 pm, Fridays and Saturdays from 9 am to 5 pm, and Sundays 1-5 pm. For more information call (502)543-7675 or visit bcplib.org.