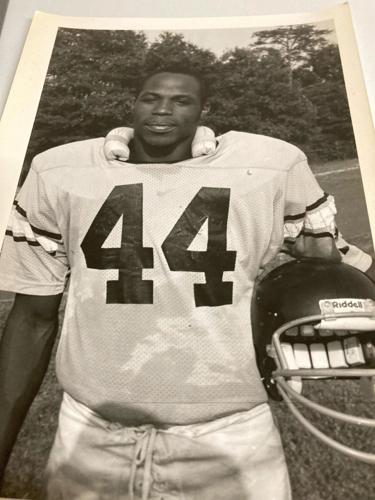 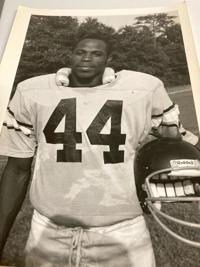 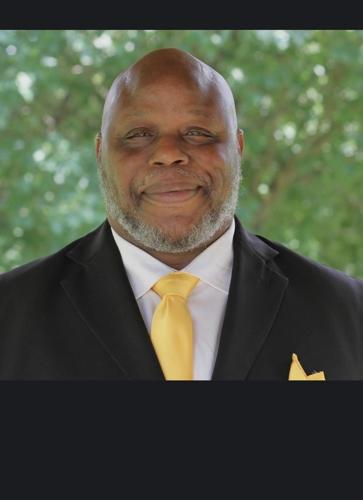 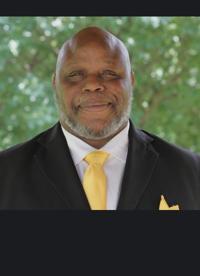 Stephen Lee is best known by Oldham Countians for his work at HighPoint Charitable Services in La Grange, but long before he began making a positive impact on the local community, he made waves on the football field.

Lee started at linebacker for Bowie State from 1977-81, racking up NAIA All-American honors in his final season with the program, as well all-conference recognition each of the two years prior.

More than 40 years after his collegiate career came to a close, Lee will be inducted into BSU’s athletics hall of fame on Sept. 1 in Maryland in front of a host of friends and family.

“It’s humbling because my parents are still alive, and it gives them the opportunity to witness me going into the hall, along with children and grandkids,” Lee said. “I know about 30 people that want to come support, and they’re coming from all over the country. That means a lot to me.”

Lee was a trailblazer at BSU, which is now a perennially successful NCAA Division II program. At the time that he played, the football program didn’t offer scholarships and had little skill and depth as a result. However, Lee’s former coach, John Organ, said his star linebacker stood up to any challenge, citing a game in which the team lost by 62 points, but Lee recorded over 40 tackles.

“I can see it like it was yesterday. They had a 285-pound fullback coming through there. Many of the guys didn’t want to hit him, but Lee was wearing him out,” Organ said. “He never gave up, so I had to pull him out of the game before he hurt himself. He was a tough hard worker, the kind of kid you enjoy coaching.”

But how did a standout football player from Maryland end up serving those in need in La Grange?

Following the conclusion of Lee’s playing career – he played in the semi-pro Interstate Football League after college – he moved cross-country to California, where he coached at a pair of high schools in the ‘90s.

With members of his family beginning to age, he decided to move closer to home in 2010. Lee had never heard of La Grange, but he felt a calling to settle in what is now coined the “Kindness Capital of Kentucky.”

“I was trying to get closer to Maryland, and the Lord stopped me right here,” Lee said. “I knew this is where I was supposed to be.”

Lee knew he was supposed to be in La Grange, but he didn’t know why.

A few years ago, Lee’s life hit a rough patch. He and his wife got divorced, and a serious foot injury rendered him unable to work.

He came to HighPoint in search of help, not knowing that he would ultimately help the non-profit as much as it helped him.

“I had to use HighPoint as a vehicle to help me survive,” Lee said. “I was a client, and the director was overwhelmed. My pastor teaches us that if you see the Lord working, jump in, so I asked her if she needed help, and she said ‘Yes.’ Four years later, here I am.”

Lee now serves in various roles three days per week at HighPoint, including as a pantry leader, advocate and board member.

“Steven embodies our mission, and that is to build community with people and bring wholeness to their lives and meet their needs,” executive director Amee D’Amico said. “He’s a great example of someone who understands other people’s suffering and wants to give back and help them in that way.”

Though there don’t seem to be many parallels between playing football and working for a non-profit at surface level, Lee said the lessons he learned on the field help him drive HighPoint’s mission forward.

“I learned through football that teamwork is very important. In this ministry, we have different teams, but we try to work as one unit. I also feel God blessed me with leadership, so I tend to be in leadership roles. You’ve also got to learn how to encourage one another,” Lee said. “Those are things I learned playing sports that I bring to the table.”

As much as Lee appreciates the recognition for the four years of hard work he put in at Bowie State, he’s far more proud of the work he’s done in the last four years at HighPoint.

“I’m very humbled that I’m being inducted, but right now, I consider doing the work for the kingdom of God at HighPoint to be the true hall of fame,” Lee said.

For more information on how to support Lee and HighPoint, visit https://www.highpointcs.org/.