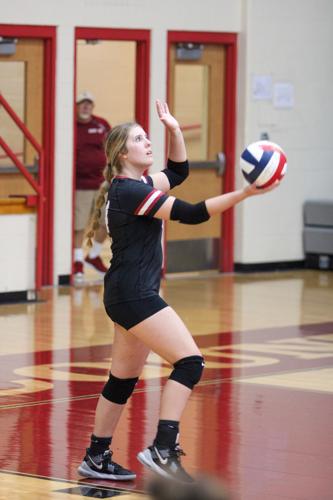 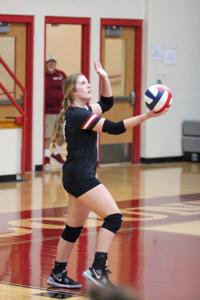 Micah MaGruder readies for a serve. 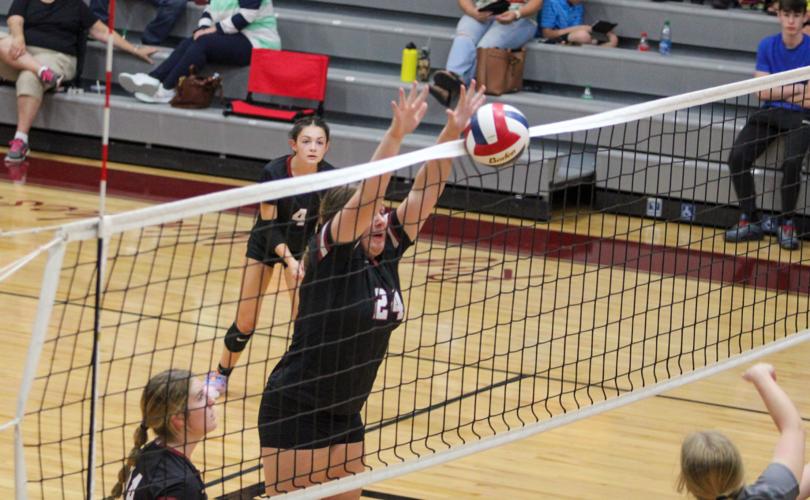 Avery Denny jumps for a block at the net. 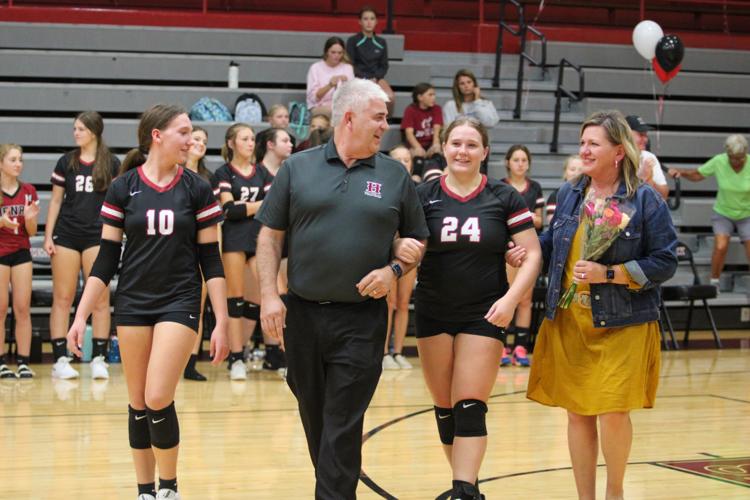 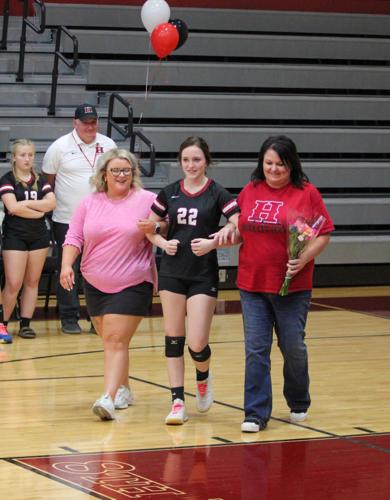 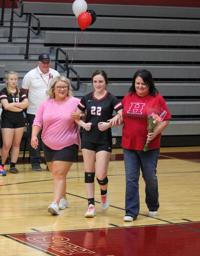 Micah MaGruder readies for a serve.

Avery Denny jumps for a block at the net.

Service aces were aplenty in Henry County’s sweep over Carroll County on Sept. 13.

“I thought the night went well. The girls were in good spirits, and they played loose and looked like they were enjoying the game as well as each other,” said head coach Shelley Sims.

Henry used two consecutive aces by Claire Ramsey and a kill in the middle from senior Avery Denny to start the opening set with a 6-2 lead. Carroll pulled within two on a serve out of bounds by the Lady Cats, but two kills for Henry and two Lady Panther errors stopped the run and prompted a Carroll timeout down 11-5.

Henry took advantage of errors by the Lady Panthers at crucial points in each set to extend the lead. In the opening set, the Lady Cats led by 10 after Carroll served the ball out and earned three of the next five points on miscues from the visitors. Carroll ended the set with an error to give Henry a 1-0 match lead.

The second set started in a similar way to the first, racing out to a 5-1 lead on a solo block from Denny, an ace from Micah MaGruder and three Carroll errors.

A serve from Dakota Fitzgerald landed right on the line by the Carroll bench for one of her five aces to bring the Henry lead to 10-5.

The strong runs behind the service line gave Henry a cushion in the second. MaGruder had two straight aces, including one off the fingertips of a Carroll passer in the back row, to put Henry up nine. Later in the set, Denny picked up two aces in a row, the second of which hit the tape and landed at the ten-foot line, to bring the score to 22-12.

Carroll put up a fight at the end of the set, though. The Lady Panthers faced a 23-13 deficit before rattling off five straight points on three Henry mishaps and two aces.

The Lady Cats called a timeout to regroup and halted the run on a hit out by Carroll to bring up set point. Fitzgerald delivered an ace to end the set and give Henry a 2-0 advantage in the match.

The Lady Panthers took their only lead of the night early in the third set, going up 3-2 on two straight aces. From there, Henry took full control. Kendyl Browning stepped behind the line and served up an 11-0 run. In that stretch, she had five aces and several other serves that were difficult to return for Carroll.

“(The service runs) shows that they are capable of being consistent when they set their minds to it. I believe that consistency comes with experience and being deliberate,” Sims said.

Carroll never got closer than eight points for the rest of the set. The errors piled up for the Lady Panthers and Henry used well-timed kills from Kennady Follas and Denny to keep the momentum on the side of the Lady Cats.

The win moves Henry to 3-13 on the year, but the victory meant more coming on a night where the Lady Cats honored seniors Denny and Follas for their contributions to the program.

“They both bring a level of calmness to the team and on the court. In addition, they are solid teammates and supportive of each and every player on our squads. They represent the program and Henry County in a very positive way,” said Sims.

Kennedy Brown chipped in a team-high seven kills and Ramsey dropped in four. Browning led the charge at the service line with six aces and MaGruder added four. Libero Leah Southworth had 16 digs to lead the defense.