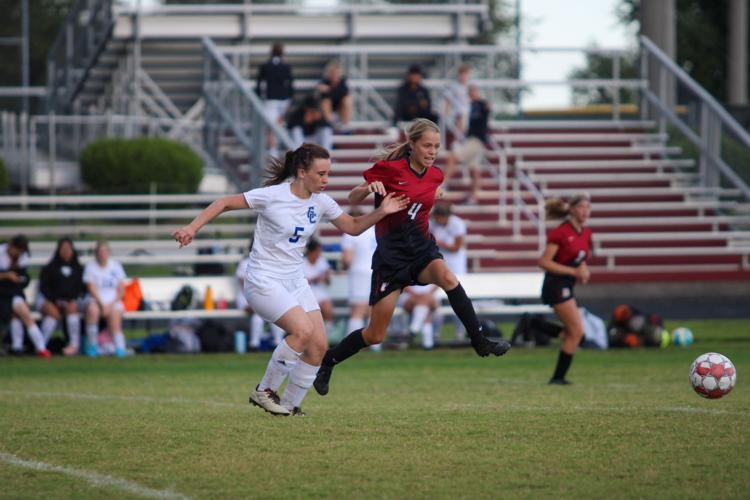 McKay Spears chases down the ball. 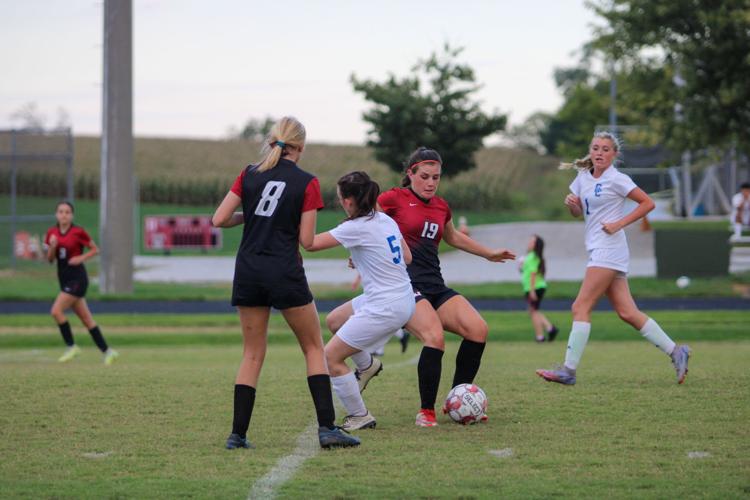 Ella Royalty knocks the ball away from Gallatin County. 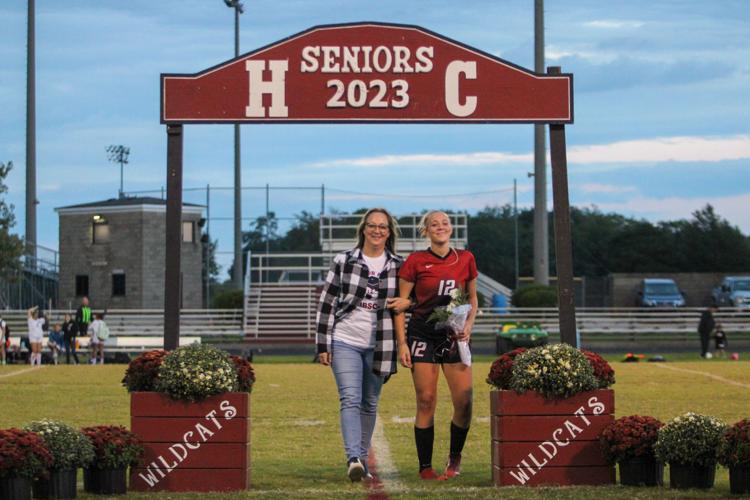 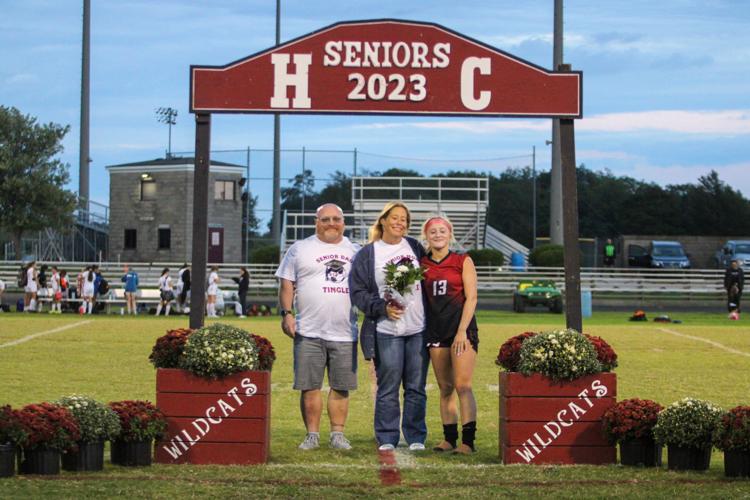 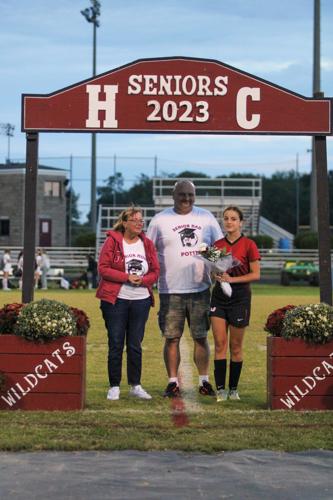 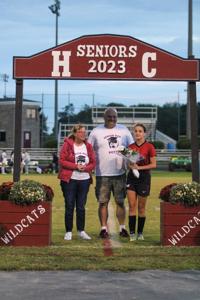 McKay Spears chases down the ball.

Ella Royalty knocks the ball away from Gallatin County.

“Last night was a frustrating result. We felt that we were good enough to win. We just didn't have the ball bounce our way. I am proud of the way we battled for all 80 minutes. I call our style of play "All 11" since we were down to 11 healthy players. We need all 11 of us to play together. We had a few small breakdowns from mental errors that cost us on the game that allowed them to score both times,” said head coach Jim Hook.

The Lady Cats were playing with exactly 11 players available and spent around 1:30 with 10 on the field in the second half.

Neither team had many shot opportunities early in the first half due to increased pressure on defense. Jaycee Fischer had multiple breakaways from midfield but the back line for Gallatin kept her from getting ideal looks at the net.

“I thought our defense was mostly solid. Gracie Buckley had a very strong first game back in the goal. Kaylah Potter held down her side most of the night. However, we were still too reactionary, and not aggressive enough to the ball,” said Hook.

Gracie Buckley had her first game as goalkeeper and held firm for much of the evening. She scooped up several shots, including one with 12:10 left in the first half near the left corner of the goal.

The Lady Cats nearly got on the board late in the first half on a free kick just outside the box. Taylor Corum took the kick but it sailed just right of the goal to leave both teams scoreless heading into the half.

Four minutes in the second half, Fischer took a shot that was saved by the Gallatin goalkeeper, but the goalie could not contain the ball and Grace Tingle tapped it in on the left side to put Henry ahead 1-0.

The lead was short-lived, however. Two minutes later, Gallatin County’s Madison Smith scored on a shot down the middle from 15 yards out.

Fischer had three looks at a goal within three minutes halfway through the second half. The first, shot from the right side, was saved after Fischer ran the ball from midfield. The second shot from the left side was caught by the goalie. Fischer was knocked down while shooting but no call was made. Her third attempt from around 15 yards out was just right of the goal.

“Jaycee had the challenge of a great back line. She missed a beautiful header and a ball that I still can’t believe didn't go back post,” Hook said. “Grace gave a great effort all throughout the second half. However, we had every chance to win the game, and we did a good job in our attack overall.”

Gallatin controlled possession for a good portion of the final 20 minutes of the game. Trinity Hale broke the tie with what ended up being the game-winning goal with 5:16 to play. Gallatin took the ball nearly uncontested from the Henry County goal down the field and passed it off to Hale, who shot into the left corner of the net.

Fischer had a chance to knot the game with 2:52 to go. Battling with Ava Mylor from midfield on, Fischer took a shot from the right side of the goal but missed and slid into the Gallatin goalie in the process. The goalie left the game following the play.

“Overall it was a solid outing. We lost our shape in the midfield too often and we didn't value possession enough. The girls are still adjusting to my faster and one to two touch style of play. However, last night was a step forward,” said Hook.

The Lady Cats also honored seniors Gibson, Potter and Tingle after the game for their contributions to the program over the years.

“We are losing three wonderful seniors. Grace, Anna and Kaylah are truly wonderful and kind people. I've loved teaching them and coaching them, and truly funny people as well. The program is better for having them. They have stuck out and responded to every tough situation thrown their way. They are loved by their teammates and us as coaches,” Hook said.