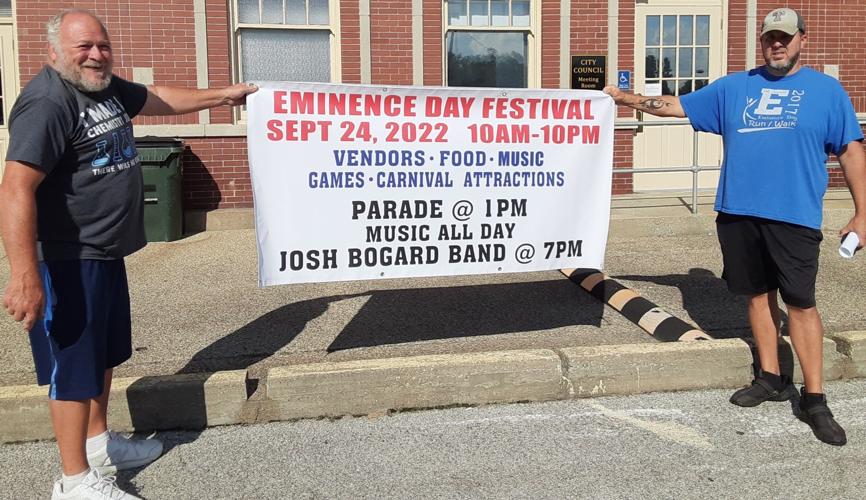 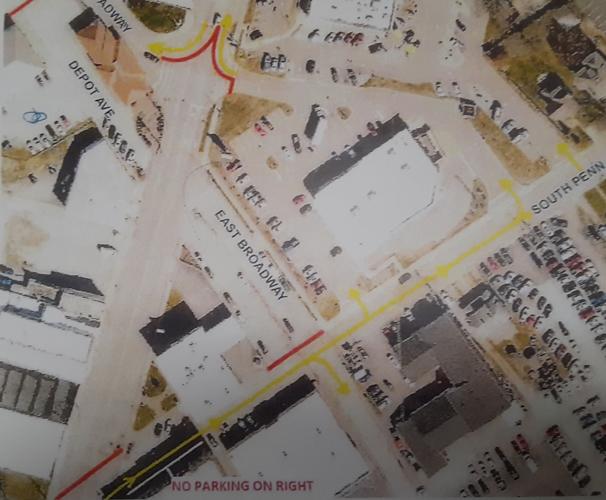 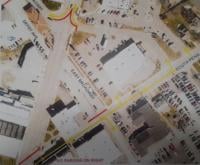 This map shows the street sections closed for the Eminence Day celebration: Main Street is closed from Broadway to Penn Avenue and East Broadway is also closed.

This map shows the street sections closed for the Eminence Day celebration: Main Street is closed from Broadway to Penn Avenue and East Broadway is also closed.

For the first time in three years, Eminence Day returns to the heart of the city with a full slate of activities set for Saturday, Sept. 24.

Booth vendors open to the public at 10 a.m. before the entertainment starts at 11 a.m.

Carnival attractions include a trackless train that departs from The Depot City Hall building for rides downtown throughout the day. The ballistic swing ride and 100-foot “Super Slide” from BYB Event Services will be located along the East Broadway section between Main Street and Penn Avenue. The rides operate until 5 p.m.

The Eminence Day parade starts at 1 p.m. with the entire Lucas Family, headed by Eminence Fire & Rescue Chief Steve Lucas, serving as Grand Marshal and leading the way for parade participants that include apparatus from several regional volunteer fire departments.

Three bands are scheduled to take the 26-foot-long center stage located near the intersection of South Main Street and Penn Avenue with Craig Cole opening at 2:30 p.m. for an hour-long show.

The rock-n-roll cover group, the Bluebird Alley Band, performs next from 4:30 p.m. to 6:30 p.m. with an intermission at 5 p.m. During the intermissions entrants for the Eminence Day mullet pageant in two age groups – under 18 years old and over 18 – will vie for the distinction of best “flow.” Registration is at the stage prior to the pageant start.

The live music concludes with Josh Bogard and The Dirty South, who have the stage from 7 p.m. to 10 p.m.

The Eminence Day festivities also include a Tug-of-War tournament starting at 3:30 p.m. Teams have a collective weight limit up to 1,000 pounds and can register starting at 2:30 p.m. Tug-of-War participants must be at least 18 years old and sign a liability waiver.

Thru traffic into the Eminence Day designated area is prohibited along Main Street from the Broadway traffic light, but southbound traffic on Main Street can access the McDonalds. However, traffic must turn right onto Broadway at the light.

Northbound traffic on Main Street can detour along the one-way section of Penn Avenue by the Local newspaper office to reconnect with Main Street past the back entrance to McDonalds.

Thru traffic into Eminence from West Broadway will be rerouted along Route 322.

Parking is prohibited along East Broadway, Penn Avenue and Main Street for the duration of the event.